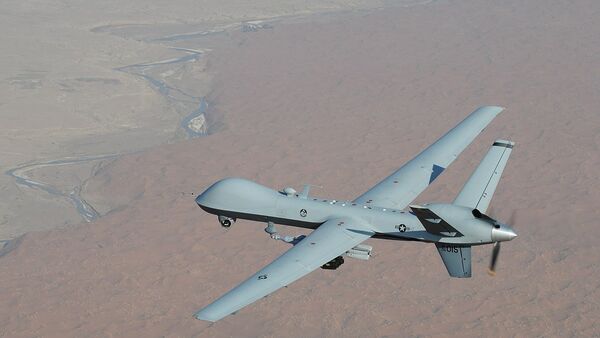 One of the Italian Air Force’s six Reaper drones crashed near the Libyan city of Tarhuna, southeast of the capital of Tripoli, on Wednesday, according to The Aviationist. The remotely piloted vehicle was on a reconnaissance mission, and it’s unclear at present whether the drone crashed or was shot down.

Looks like #Italy may have lost an MQ-9A Reaper UAV over #Libya pic.twitter.com/hhkoSCpFZh

​The official Twitter account of the Italian General Staff of Defense confirmed the speculation on Wednesday evening, posting that the drone had “fallen on Libyan territory” while it was “carrying out a mission to support the Mare Sicuro operation,” a maritime patrol mission off the Libyan coast.

​Italy, along with France and the US, played a major role in the 2011 war that overthrew Libyan leader Muammar Gaddafi, resulting in his murder and the plunging of the country into civil war. At present, Italy supports the Government of National Accord (GNA), based in Tripoli and headed by Fayez al-Serraj. The GNA was formed in 2015 by the United Nations but enjoys little international support outside of Italy and Turkey.

Their primary adversaries, the Libyan National Army headed by former GNA general Field Marshal Khalifa Haftar and headquartered in Benghazi, claimed to have shot down a Turkish drone over Tripoli’s Mitiga Airport in September; they claimed to have shot down another Turkish drone Wednesday morning, according to the Libya Observer. It’s unclear if they are referring to the Italian Reaper or not.

Haftar enjoys the de facto support not only of the United Arab Emirates and Saudi Arabia, but also France and the United States, since he’s viewed as the person who will enable their full exploitation of Libyan oil reserves, an expert told Sputnik.

000000
Popular comments
In the main , Italy has good intentions , especially helping refugees arriving from Africa while the rest of the EU look on . And importantly , there is no Mussolini on the horizon .