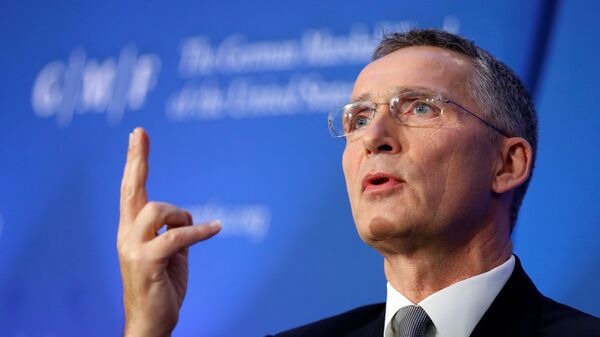 "We have agreed that space should be a new operational domain for NATO alongside air, land, sea and cyber. Space is part of our daily life here on Earth. It can be used for peaceful purposes. But it can be also used aggressively", Stoltenberg told a news conference on the results of the NATO foreign ministers’ meeting in Brussels on Wednesday.

The alliance’s chief continued by explaining that satellites could be jammed, hacked or weaponized, which could lead to disrupted communications and affect various services and areas.

Moreover, space was essential to NATO’s defence and deterrence, such as the alliance’s ability to detect missile launches and gather intelligence, Stoltenberg argued.

Stoltenberg emphasized that NATO remained a defensive alliance and did not intend to put weapons in space, acting in line with international law.

"Making space an operational domain will help us ensure that all aspects are taken into account to ensure the success of our missions", the NATO chief noted.

While air, land and sea have been traditional operational domains for NATO, the cyberspace was recognized as such an area of the alliance’s defensive activities in July 2016.

Stoltenberg said earlier this week that the alliance, however, has "no intention to put weapons in space".

The US permanent representative to the alliance, Kay Bailey Hutchison, remarked that space was already playing a big role in communications and capabilities used by NATO. When asked whether an attack on a NATO member's satellite could trigger an Article 5 response from the alliance, Hutchison said that the article's concept was about "territory".

Article 5 of The North Atlantic Treaty envisages that an armed attack against one or more NATO member-state should be considered as an attack on all of the allies.