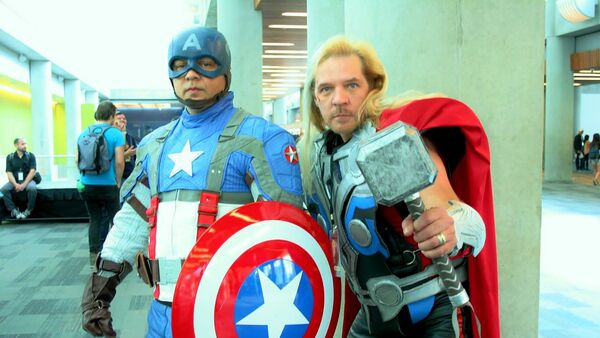 CC BY 2.0 / RyC - Behind The Lens / Captain america & thor cosplay
Subscribe
International
India
Africa
Over Marvel Cinematic Universe's 10-year history, superhero costumes have changed more than once. Some have just become out of this world, while others have caused only bewilderment.

Marvel has recently asked New York City councilman, Ben Kallos, to refrain from using its heroes for political purposes after he used a photo of himself wearing a Captain America costume, according to Fox News.

In the photo Kallos sent out for his campaign he is wearing a Captain America superhero costume.

"While Captain America was pretty busy fighting Hydra, sleeper agents, Loki, Ultron, and Thanos, Ben's been fighting for everyday New Yorkers," the email reads. "And while the real Captain America has super strength, Ben’s power comes from us."

Kallos received a letter with a request from Marvel to cease and desist shortly after his campaign sent out a "Superhero Alert" to donors filled with various superhero references, according to reports.

Eli Bard, Marvel's deputy chief counsel, asked Kallos in a letter to stop using its characters during his campaign.

"While Marvel appreciates your obvious affection for our properties and welcome your support as a fan," Bard wrote in a letter, "we ask that our characters not be used for political purposes."

Got this charming letter from @Marvel and got a kick out of it, thought you might too! https://t.co/azqawtAmQY pic.twitter.com/iP0vDkOaWF