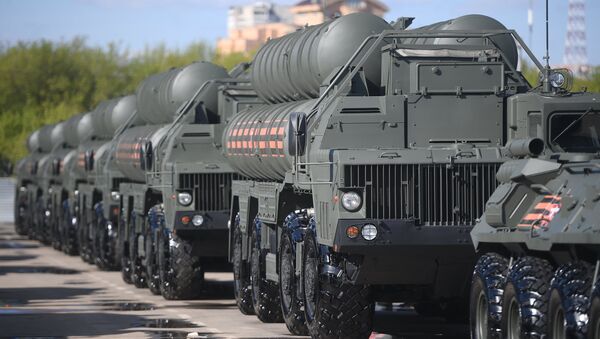 Russia and Turkey share common interests in the Eastern Mediterranean and need to increase cooperation and joint defence production in light of the growing sanctions pressure from the US and EU, say retired Turkish Air Force officer Mesuat Halli Casin and historian Mehmet Perincek.

On 18-19 November Turkey hosted an international conference eloquently titled "Changing Global Order: Blue Wars in the Eastern Mediterranean" amid growing tensions between Ankara and Washington over the S-400 deal and the latter's reinvigorated backing of Greece and Cyprus.

Washington and Ankara have yet to resolve their debate over the delivery of the Lockheed Martin F-35 Lightning II jets to Turkey since the latter acquired the S-400 Triumf, a Russian-made advanced anti-aircraft weapons system, from Moscow. Despite the Turks having invested about $1.5 billion in developing the F-35, the US removed Turkey from the F-35 programme in July 2019.

Turkish historian Mehmet Perincek is insisting that Moscow and Ankara need to increase bilateral cooperation in the Eastern Mediterranean.

"Given the current sanction pressure from the West, Turkey and Russia are obliged to increase cooperation", Perincek presumes. "The US threatens both Turkey and Russia in the Eastern Mediterranean and the Black Sea, through Cyprus and the Crimea. Both countries can take decisive mutual steps with regard to the issues of Cyprus and Crimea, and thus respond to the US containment policy".

According to the historian, Russo-Turkish defence cooperation has also taken on a new significance. He suggests that in the event of a conflict Ankara may not be able to resort to the use of NATO military technologies and defence systems given the constant threats from the West.

"They will not work, since they are completely controlled by the United States", he says. "With regard to this, Turkey needs military systems and technologies independent of NATO. So, the purchase of S-400 is a very important step. Ideally, of course, Turkey needs to establish its own production".

He highlights that Ankara and Moscow have of late been discussing the joint manufacture of S-400s, insisting that the countries need to boost their cooperation in this area. 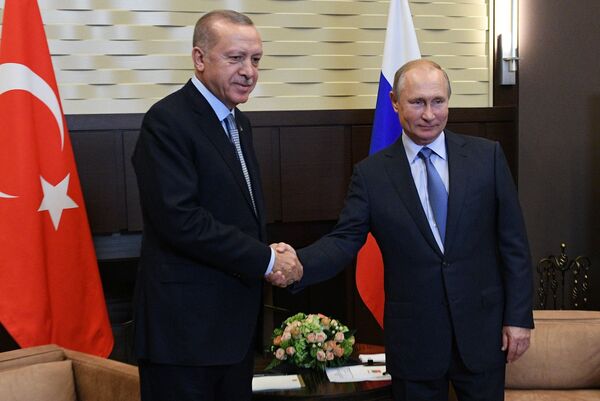 The US and EU, meanwhile, are trying to prevent Ankara and the Turkish Republic of Northern Cyprus (TRNC) from exercising their natural rights in the Eastern Mediterranean, says retired Turkish Air Force officer Mesuat Halli Casin, member of the Security and Foreign Policy Council of the presidential administration and professor at Yeditepe University in Istanbul, adding that these attempts contradict international and maritime laws.

"Turkey strongly opposes this policy", Casin underscores. "Mr President has repeatedly emphasised that Turkey will not give up its interests in the region. In particular, Ankara is determined to proceed with offshore drilling near Cyprus".

On 5 October, US Secretary of State Mike Pompeo warned Ankara against offshore drilling in the disputed waters near Cyprus, calling it “illegal” and “unacceptable” after Greek Prime Minister Kyriakos Mitsotakis urged Washington to sort the problem out.

Although Greece and Turkey are both NATO allies, the two have been at odds over Cyprus since the Turkish invasion of the island in 1974.

Additionally, in summer, US lawmakers passed an amendment ending a US arms embargo in southern Cyprus as part of National Defence Authorisation Act for FY 2020. In late October, Greece and the Republic of Cyprus conducted joint military exercises dubbed "Steel Arrow" that Turkey viewed as a challenge in the Eastern Mediterranean.

According to the politician, by conducting regular military exercises aimed at intimidating Turkey and exerting psychological pressure on Ankara, the EU, US, southern Cyprus, and Greece are pushing the region into chaos and instability.

For its part, Turkey has already held three major naval drills demonstrating that "it will not give up its rights to the special economic zone and continental shelf, and, if necessary, can move from soft power to military force", the retired Air Force officer points out.

Turkey is currently hosting a 12-day multinational maritime exercise called “Eastern Mediterranean-19” with both NATO nations and allied countries, including the US, Pakistan, Canada, Bulgaria, Romania, Italy, Greece, and Spain.

Casin, referencing a decision by Washington to lift an arms embargo on southern Cyprus and longtime presence of Britain's RAF on the island, suggests that such actions "are directed not only against Turkey, but also against Russia", adding that "the target is the growing cooperation between Russia and Turkey".