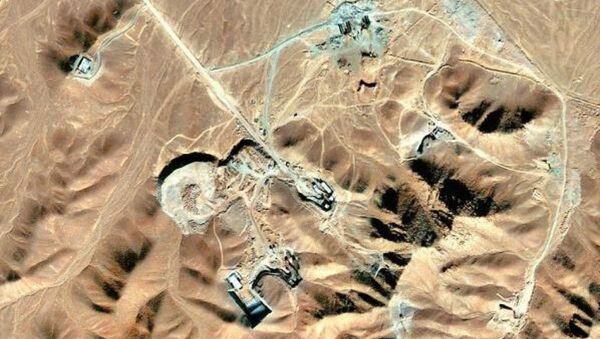 "France is extremely concerned about Iran’s non-compliance with its nuclear obligations, which could have serious implications for proliferation. ... We also regret the US decision — following Iran’s resumption of [uranium] enrichment at Fordow section — to cancel the waiver, which was supposed to facilitate the implementation of civilian projects on this site," the spokesperson said at a briefing.

At the same time, Paris intends to make efforts in support of the Joint Comprehensive Plan of Action (JCPOA) and reducing tension, he added.

France calls on Iran to immediately fully implement the agreement, the spokesman said.

US Secretary of State Mike Pompeo said on Monday that the United States would terminate its sanctions waiver for Iran's Fordow nuclear facility from 15 December and called on the nation to immediately cease its uranium enrichment activities.

The JCPOA, also known as the Iran nuclear deal, was signed in 2015 by Iran, China, France, Germany, Russia, the United Kingdom, the United States, and the European Union.

It stipulated that Tehran significantly limit its nuclear program in exchange for the removal of nuclear-related international sanctions.

In May 2018, the US withdrew from the deal and reimposed economic sanctions on Iran. Roughly a year later, Tehran responded by warning that it would steadily abandon its own JCPOA obligations every 60 days unless the other signatories helped facilitate continued oil and other trade with Iran.

It has since been gradually following through on its warnings, and on 7 November, Tehran began its fourth stage in the process — enriching uranium at the Fordow Fuel Enrichment Plant.

000000
Popular comments
Macron , you are obviously unaware that Iran has discovered 50 trillion barrels of oil at home and you know how Trump loves oil , see how he is protecting oil fields in Syria . That explains the waiver he ushered in without any harassment .