Has The Blackest Page in Spain’s History Been Closed with Franco’s Exhumation? 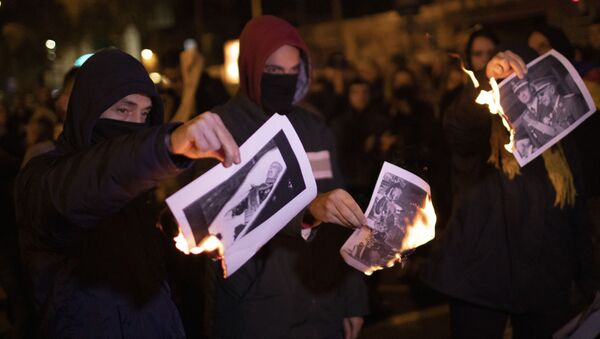 20 November marks the 44th anniversary of the death of Francisco Franco. However, the victims of his dictatorship who managed to survive those dark times continue to seek justice.

"Even today, not a single death sentence imposed during this dictatorial regime, nor the executions carried out without trials, nor the tortures we were subjected to for forty years, have been recognised", José Maria Galante, nicknamed "Chato", one of the victims of the Franco regime, said.

During the regime, he was brutally tortured in the infamous "house of terror" of the dictatorship, the Directorate-General for Security, which is located in the centre of Puerta del Sol square and is now the seat of the Government of the Autonomous Community of Madrid.

The "Silence of Others" by Almudena Carracedo and Robert Bahar, produced by director Pedro Almodóvar, reveals the usually silent but epic struggle of "Chato" and other victims of Franco. The movie has received more than 20 national and international awards.

Now, Chato Galante is one of the members of La Comuna. The association has filed dozens of complaints about Franco's crimes that are being investigated by the Argentine magistrate María Servini, whose resolutions have been repeatedly ignored by the Spanish Government. In an interview with the media, the judge admitted that "the investigation of the crimes of the Franco regime has stricken her with horror."

Confrontation with the regime

Despite the fact that 24 October 2019 marked the destruction of the dictator's greatest symbol of glory, the burial site in the Valley of the Fallen, and the remains of Franco were transferred from the basilica to the cemetery of Mingorrubio in the El Pardo ward of Madrid, the struggle for justice is still going on.

"Our problem is that they believe the exhumation solved everything and the blackest page of our history has been closed. However this is far from being true," Chato said.

The history of his anti-Franco struggle began with the underground student union, which he entered in the late 60s and early 70s. According to José Galante, the "direct confrontation" with the regime erupted after his friend Enrique Ruano was killed by the Franco regime’s political-social Brigade.

"Ruano’s death was a tremendous blow for me. The fact that they killed Ruano made my goal in life to put an end to all this. It was impossible to live in a country where such things happened. We lived in such a society, while true freedom reigned throughout the rest of Europe. That confrontation is what would lead us to jail."

The Political-Social Brigade arrested him for the first time in the early 1970s when he was only 20 years old, and that time was not the last one. Chato was detained several times but things were not limited to mere arrests. One time he ended up in the hands of the police inspector and the infamous torturer of Francos’ regime, Antonio González Pacheco, known also as "Billy the Kid."

"I was tortured (...) by "Billy the Kid" who would later be decorated under both dictatorial and democratic regimes,” Chato recalled. "Once they arrest you, consider yourself missing. The arrest was not reported to either the family or anyone else. You had no right to have a lawyer, at least the first 72 hours. One time, under a state of emergency, I was in an isolation ward and tortured for 14 days," Jose said. 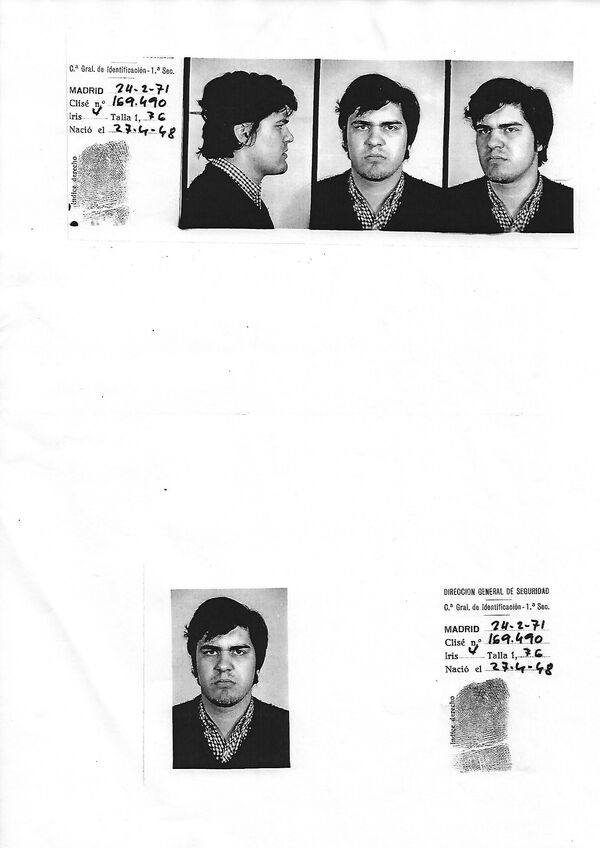 "In my case, I have been subjected to torture many times, known as the "operating room". They put you on a surface with half of the body hanging. They beat you on the soles of your feet, hit you on the stomach. Finally, the torture usually ended because you could no longer hold on," Chato continued.

"In the end, you literally cannot walk, you cannot move. I couldn’t be able to do to any animal what they did to me. I practically could not run and I had to face a lot of difficulties all my life after that torture."

The mechanism was to cause unbearable pain, and if a person refused to answer questions, then he experienced even greater pain.

"In the political police of Franco’s regime were those who received education in the police of Nazi Germany. The people who tortured us took the same courses as the torturers of Latin America and other parts of the world," José said.

These facts became publicly known thanks to such works as The Last Spaniards of Mauthausen by Carlos Hernández, The Secret Services in Spain by Juan Alcalde and The Blacklist by José María Irujo, which tell us that Francisco Franco secretly maintained contacts with Nazi Germany and its Secret State Police, the Gestapo. 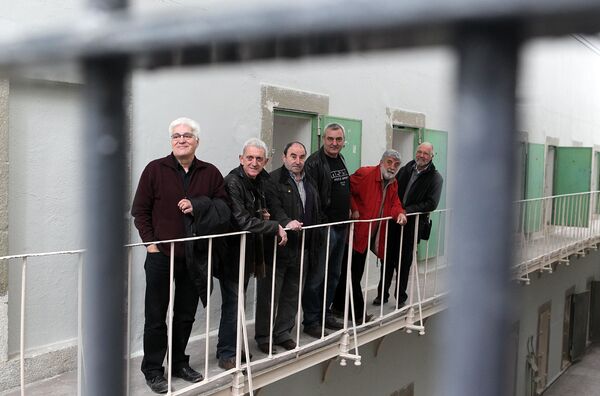 A visit to a prison in Segovia in 2011. Chato Galante and other political prisoners who had been imprisoned there.
© Photo : Chato Galante

The cooperation has reached such a scale that the representative of the Gestapo at the German Embassy in Madrid, Paul Winzer, led the training programme for Franco’s political police. Officers of the SS and the Gestapo met with agents of the Franco regime. They advised Franco’s agents on various working methods in prisons, starting with interrogations and torture and ending with the creation of internment camps.

"However, it’s not the fact of torture but the absolute denial of human rights what matters, when you are treated worse than an animal", José said.

"This is the educational system of the entire political police of the Franco regime, which was not reviewed at all and remained so during the time of democracy.".

The problems of modern Spain: a legacy of the regime?

"There is the idea that Franco’s repressions were fierce in the early years and then weakened. This is not true. The last executions of Franco’s regime occurred in September 1975, exactly two months before the dictator died. During all that time, there was no freedom of expression, nor of assembly, nor of association, nor of demonstration, nor basic civil rights in the country," Chato emphasised.

"Within the current programmes of our country, the state apparatus is undergoing a transition from a hard-line fascist dictatorship to a nominally democratic state apparatus without any intermediate stages. The same people, the same leaders", José explained.

There are still crimes for which they have not been brought to justice, crimes against humanity, crimes for which no amnesty can be received, and crimes that have no statute of limitations. Without these trials, there can be no reconciliation, Jose complained, arguing that without a justice system he will remain a criminal in his own country.

"I had been amnestied but no sentences handed down under fascist laws by fascist repression special courts of the fascist regime have been annulled. And until now, that is still legal in our country. This is our legal system. Precisely because of these open questions –the solution of which, most likely, will require amending the Constitution – our country found itself in a difficult situation".

At the end of the interview, Jose raised the question about the current state of the present Spanish democracy, which, in his opinion, has become a kind of hostage to that former heinous regime.

"This impunity, this state apparatus inherited from dictatorship, is the basis of corruption in our country. Franco's regime was by definition corrupt, as it was created by part of society against the rest. This is what we constantly forget to discuss. Exhumation is only the first step, this is just only the beginning," José Maria Galante concluded.