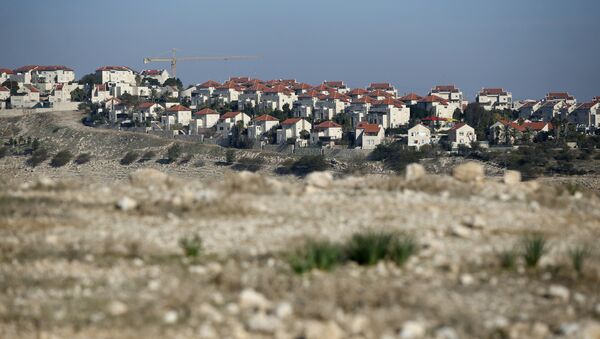 This comes a day after US Secretary of State Mike Pompeo announced that the establishment of Israeli villages in the Palestinian land "is not, per se, inconsistent with international law," reversing the decades-old US policy on the issue. EU foreign policy chief Federica Mogherini said hours later that the bloc urged Israel to stop settlement construction in the West Bank.

The Foreign Office said Berlin together with its EU partners supported "a mutually acceptable negotiated solution" that would satisfy legitimate demands of both Israel and Palestine.

Israel has built over 120 settlements in the contested area over the past decades. Unlike Israel and the United States, the international community sees their presence and expansion as illegal and considers them to be a major obstacle on the way to lasting peace.