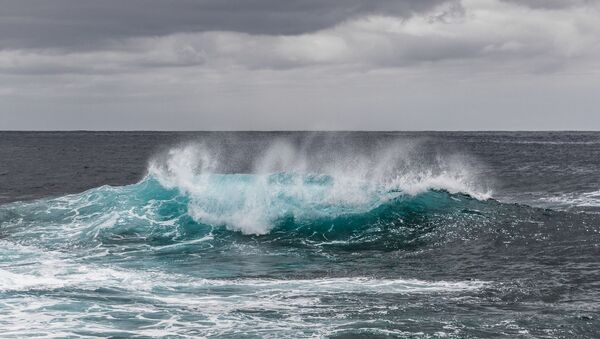 New Delhi (Sputnik): Sea-level worldwide are rising faster than ever and that the impact of global warming may worsen with time, according to the UN's Intergovernmental Panel on Climate Change (IPCC).

The Indian Environment Ministry said on Tuesday that rising sea levels could exacerbate coastal erosion during the extreme events such as tsunamis, storm surges, coastal flooding and coastal erosion.

“On average, the sea level along the Indian coast is considered to be rising at about 1.70 mm per year,” it added.

The ministry added the coastal areas at risk need to be evaluated based on their elevation above sea-level.

The IPCC report mentioned that four Indian cities – Mumbai, Chennai, Surat and Kolkata - are among 45 coastal port cities globally where a rise in sea levels of up to 50 cm will put them at the risk of flooding.

“Oceans will rise by around 60-110 cm if humans continue to emit increasing amount greenhouse gases responsible for global warming,” it added.

The ministry clarified that the rise in sea level cannot be definitively attributed to climate change.

“Since no long term data on land subsidence or emergence are available for the locations (near coastline), the rate of increase of sea level due to climate change cannot be attributed with certainty,” it said.

The report also warned that the world is at a greater risk of witnessing extreme sea-level events that used to happen once in a century, as the events may occur every year by mid-century in many regions, putting island nations at increased risk.