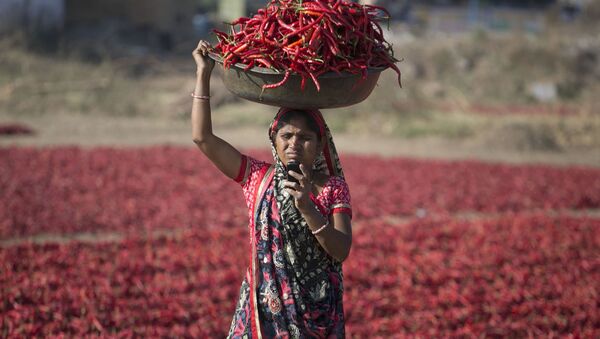 Twitter has become a battleground for the Dalit community, also known as the untouchables, to fight against the top-down structure of Indian society.

In this growing fight against the caste system, senior Indian columnist Professor Dilip C. Mandal is the flag-bearer of hashtag trends on Twitter. He told Sputnik that the internet and social media platforms are “dominated by the upper castes and it is only their opinions and views which come to the fore.”

He says when the internet first came to India, it was being widely used by dating sites where caste biases continued as Brahmins were looking Brahmins for marriage.

“Now Twitter is also hierarchical and it is worldwide, not just in India. With these hashtag trends, the aim is to voice the opinions of oppression against Dalits, tribals and women. It is to make their voices reach the masses that often remain distant from their realities.”

The campaign to call out alleged caste discrimination by Twitter India started when #CancelAllBlueTicksInIndia was trending on top on Twitter on 6 November.

This came after Twitter verified the profile of Indian Home Minister Amit Shah’s son Jai Shah, despite him having just 27 followers and one tweet. As a result, many netizens started demanding that Twitter should disclose the criteria for adding a “blue tick” to a profile.

Subsequently, Twitter clarified that it is an "impartial" platform and does not take actions based on ideologies or political viewpoints.

However, ever since the incident, people from oppressed communities, mostly Dalits, in India are trending hashtags to smash the 'Brahmanical system'.

“The wide-scale voicing of opinions should mirror in society at large but I can only hope for so. Our motive is to bring more equality in the society and Twitter is one medium for it, which was widely dominated by Brahmins,” said Mandal.

Hashtag trends such as #savereservationsaveconstitution, #bluetickforSCOBC, #KaushalPanwar for head priest, #Mandakamandal, #JaiBhim, #JaiPhuleJaiFatimaJaiBhim. None of these trends occurred in isolation, as they were backed by a cause of countering Brahmanical views.

​Follwoing the Ayodhya verdict of the Supreme Court of India, #KaushalPanwarforHeadPriest was trending on Twitter demanding a Dalit woman for the post of priest at the Ayodhya temple.

"It should be provided by law that no Hindu shall be entitled to be a priest unless he has passed an examination
prescribed by the State, and holds a sanad from the State permitting him to practice."