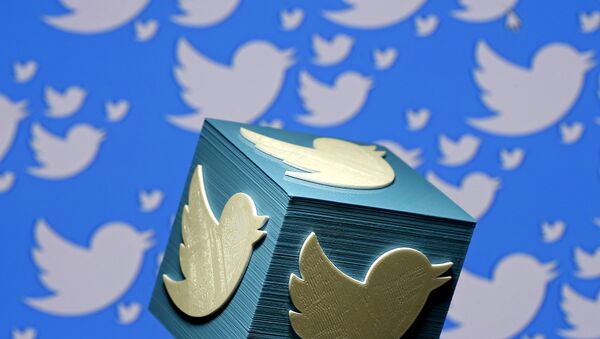 New Delhi (Sputnik): Often news debates on television channels turn into heated arguments among the panellists, but this discussion seems to have touched a new-low as one of its panellists called for “death for death” and “rape for rape” on the issue of the Kashmiri Pandits’ exodus in 1990.

During a high-decibel discussion on the exodus of the Kashmiri Pandits (Hindus) in 1990 on national news, Major General S.P. Sinha (Retd.) started screaming "Maut ke badle maut (death for death) and “Balatkar ke Badle Balatkar (rape for rape)" to avenge the atrocities and exodus of Hindu minorities living in Muslim majority Indian Kashmir.

The statement drew instant ire among the fellow panelists, news anchor and live audience at the studio of TV 9 Bharatvarsh.

The army has also distanced itself from the comments of the retired officer, saying after the retirement of an officer, they do not come under the purview of Code of Conduct for serving personnel or the Army Act.

The debate’s video is going viral on social media, drawing the widespread condemnation of army veterans and netizens for sullying the reputation of India's Armed Forces.

He said "Balatkar ke badle Balatkar" (rape for rape) as a revenge for Kashmiri Pandit exodus.

He is openly supporting rape of Kashmiri women, such kind of filthy officers are protected under draconian Law like AFSPA. pic.twitter.com/GHaHFota1S

Insensitive & unfortunate. I am sure he has not been anywhere near d frontline or in contact in CT ops ever. Easy 2 talk in AC studio, undo all the good work and sacrifices of the army. Extreme views of an individual who is known to make obnoxious statements for momentary fame.

Endorse all written by my coursemate and respected colleague. Those in thick of CT operations know what its all about. Human suffering witnessed upfront tempers opinion.Sometimes feel Pak Army's system of clearing veteran offrs for public forums is correct. Loose missiles avoided https://t.co/kNRQUo3M3u

Several others asked to strip him of his Major rank and sought a public apology over his statement.

Major General S P Sinha has just defamed the Army.
May I humbly request the @adgpi and @drajaykumar_ias to strip him of his Major General rank with immediate effect.
This vile man has just destroyed a hard won reputation of restraint and patience of our Army.
Personally affected.

This shows every personnel of Army is not secular. This somewhere proves brutality stories said by KASHMIRIS pointing ARMY.@TV9Bharatvarsh Ban him first.

In 1990, a mass migration of the Hindu minority in Muslim-majority Indian Kashmir took place after a violent armed insurgency erupted in Kashmir. As per Indian government data, more than 62,000 families are registered as Kashmiri refugees, including some Sikh and Muslim families.