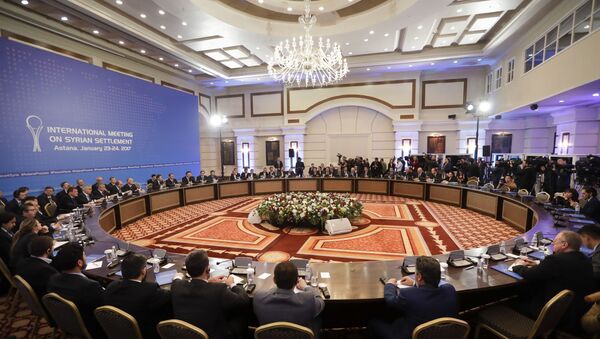 The meeting was originally planned to take place in late October but was then postponed to mid-November.

"There are plans for early December", Tleuberdi told journalists.

He added that the Foreign Ministry was expecting official requests from Russia, Turkey, and Iran.

The 13th round of Astana peace talks on Syria took place in August. The meeting has been attended by the representatives of the Syrian government and opposition, as well as Russia, Turkey, Iran — the guarantors of the national ceasefire — Jordan, Lebanon, Iraq, and the United Nations. They have discussed the current state of the Syrian conflict, particularly the developments in opposition-held Idlib.