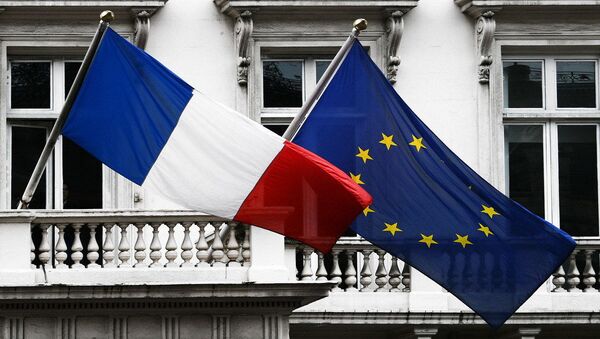 France has floated an informal proposal to fellow EU member states, calling for a “renewed approach” to the bloc’s accession process.

The “non-paper”, published by Politico Europe, laments that the transformations required for the would-be EU member states are “too slow” and the benefits for citizens of those states remain “insufficient”.

For a non-EU member to join the union, all of the EU members must first vote unanimously to begin accession negotiations. The candidate country then works to put its laws in sync with the EU acquis – the body of law made up of legislation, legal acts and court decisions divided into 35 chapters. Once the negotiations come to a close, the member states and the acceding country sign off an accession treaty.

What's the French plan about?

The French proposal, which has been sent to the European Council, says that the accession process should no longer be based “on simultaneous opening of a large number of thematic chapters, but on several successive stages, which would form coherent policy blocks and a scheme pre-established by the EU.”

The document divides all 35 chapters of the acquis into seven stages, with each following stage opening up when the previous one concludes. At each stage, the aspiring EU member state would be entitled to certain sectoral policies or funds that a full-fledged member state has access to.

For instance, Stage 2 is dedicated to the integration in education, culture and environment. At that point, the candidate country would be allowed access to Erasmus+, a student and staff exchange programme, as well as the R&D initiative Horizon Europe.

Stage 5, when completed, would open up the EU’s internal market for the candidate country, while Stage 6 would enable access to consular cooperation arrangements and defence projects. Stage 7, complete with “financial and budgetary arrangements”, would wrap up with full accession.

The would-be EU members would have to comply with “stringent conditions” set out either by the EU or other international organisations such as the OECD or World Bank. To facilitate the integration process, France proposes providing increasing the pre-accession financial assistance or granting the aspiring country “a share of structural finds for which they would be eligible once in the European Union.”

Why did the plan come out now?

President Macron’s proposal emerged a month after France led a handful of states in blocking formal EU membership talks for Albania and North Macedonia, demanding an upheaval of the entire accession system before any talks start. Both the European Council and the European Commission condemned France’s veto.

In the document, France reaffirms its support for Brussels’ vision that Western Balkan countries, including North Macedonia and Albania, “belong to Europe, by virtue of their history, culture and geography.” It does not mention Turkey, which remains an official EU candidate despite the talks having been suspended.

EU ministers are set to discuss the proposal at the meeting of the General Affairs Council, which oversees the bloc’s enlargement, on Tuesday, 19 November.

Macron has already discussed the plan with his North Macedonian counterpart, Stevo Pendarovski, who tweeted that he doesn’t object to a revised methodology.

One EU diplomat still lambasted Macron’s methodology in a statement to Politico. “There will be the usual pompous framing by Paris,” the diplomat said. “All this can't mask the fact that the French proposals are not really about reforming the accession process but about putting an end to EU enlargement. They are a poisoned chalice for countries like North Macedonia that have done much to fulfil strict EU conditions in order to start accession talks.”