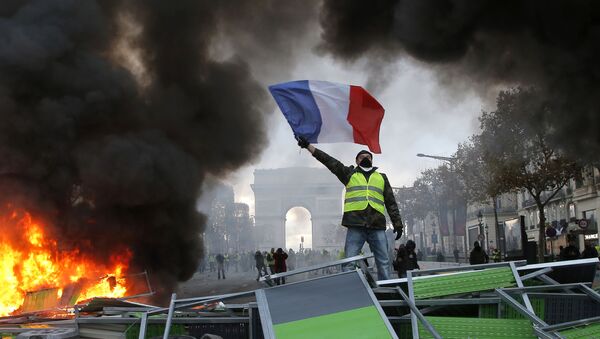 © Michel Euler
Subscribe
French authorities braced for clashes on Sunday after demonstrators proposed continuing Saturday’s protests into Sunday amid the one year anniversary of the first-ever Yellow Vests protest. Paris officials decided to keep local public transport closed until Monday, and warned that the police presence in the capital would remain beefed up.

Sunday marks the one year anniversary of the ‘Mouvement de gilet jaunes’ (‘Yellow Vests Movement’), a spontaneous, grassroots political movement which began last year in response to government plans to raise fuel taxes. On November 17, 2018, over 280,000 people took to the streets of cities across France in over 2,000 separate protests, with over 200 injured, one protester killed and some 117 protesters arrested on that first day.

The protests were triggered by a change.org petition written Priscillia Ludosky, a small business owner who reached out to her fellow Frenchmen and women in May 2018 with an appeal demanding lower taxes for essential goods, reduced salaries and pensions for public servants, and the implementation of “citizens’ initiative referendums” – a proposed form of direct democracy in which citizens could petition for a referendum on an issue that affects them without parliamentary or government approval.

Ludosky’s petition soon gathered over one million signatures, and in November, supporters took to social media to organize and call for a protest event which would involve demonstrators blocking roads and gathering in public spaces while wearing the now famous yellow road safety vests. 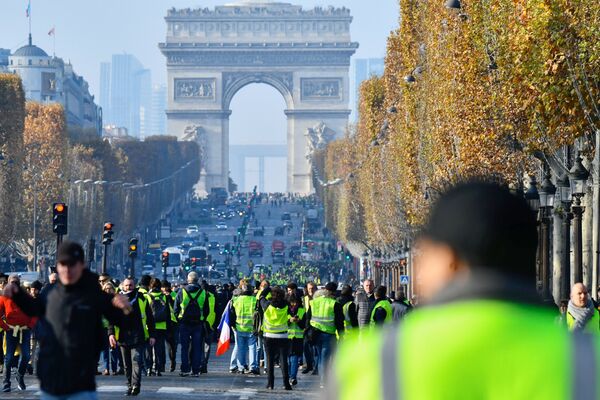 Longevity has been one of the things separating the Yellow Vests from similar ‘economic justice’ protests around the world, such as the 2011-2012 Occupy Wall Street demonstrations in the United States. Unlike OWS, which petered out after large protests due to a lack of clear goals and trouble spreading its message to ‘the 99 percent’, the Yellow Vests have managed to continue their protests for 53 consecutive weeks now, with the size of the demonstrations varying, but never falling below the tens of thousands mark nationwide. Furthermore, over the past year, they have managed to attract numerous allies, such as students demanding reforms of the school system, union leaders demanding increased wages, pensions, and social benefits, and others.

In December 2018, after first vowing not to scrap the fuel taxes which served as a catalyst for the protests, President Emmanuel Macron agreed to freeze the fuel tax hike, and to freeze electricity and gas price hikes for a three month period. In addition, amid the “state of social and economic emergency” caused by the protests, Paris promised an increase in the minimum wage, and the cancellation of a planned tax increase on retirees. 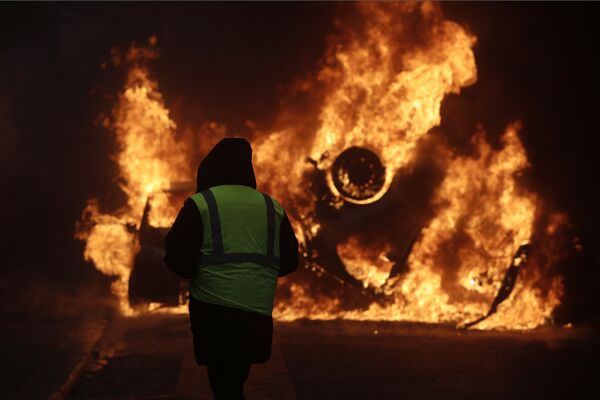 However, even though their demands were partially met, protesters did not disperse, but continued their protests, coming to demand a complete end to austerity policies, an improvement in social services and the overall standard of living, the above-mentioned citizens’ initiative referendum proposal (which would require a constitutional amendment) and even the resignation of President Macron and his government.

The protests have not been entirely peaceful, and according to Interior Ministry statistics, 11 people have been killed, over 4,400 injured (including some 1,944 police, gendarmes and firefighters), over 12,100 people arrested, and some 2,000 protesters handed down convictions, mostly for acts of violence against police, the organisation of demonstrations without permission, looting, and other activities. Serious injuries have included head trauma injuries for 204 people, 21 lost eyes, and five lost hands.

In March 2019, Economy Minister Bruno Le Maire estimated that the total cost of the protests – including from closed shops, burned cars, looting, blockages of the highways, had run France some 4.5 billion euros, or up to 0.2 of France’s total GDP. In July, a parliamentary reported estimated that the Yellow Vests protests had cost France’s economy 0.1 percent in lost GDP growth. 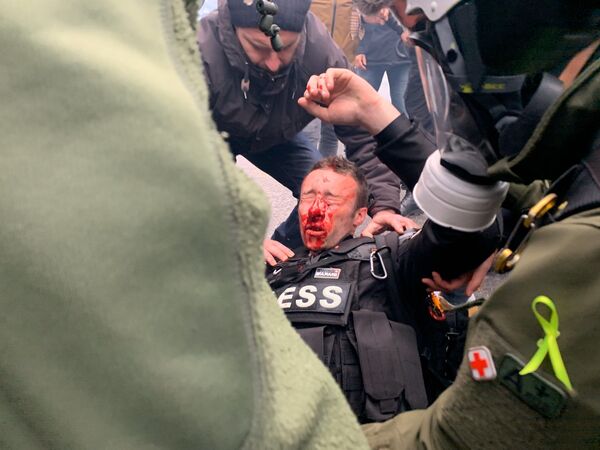 In a year’s time, support for the Yellow Vests among the French public has gradually fallen, from up to three quarters support in late November 2018 to just 47 percent in October 2019, with 41 percent now disapproving and 12 percent voicing indifference, according to a recent poll by Elabe.

On Sunday, French Interior Minister Christophe Castaner confirmed that over 260 people had been detained following Saturday's Yellow Vests protests, with over 170 people apprehended in Paris alone. Police attempted to prevent protesters from rallying in the capital amid fears of violent clashes, including by closing nearly two dozen subway stations, but to no avail. 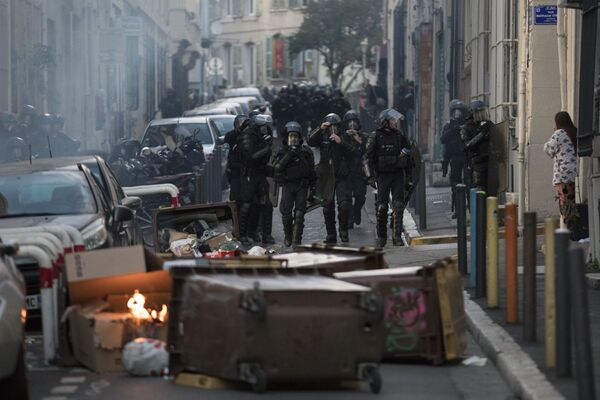