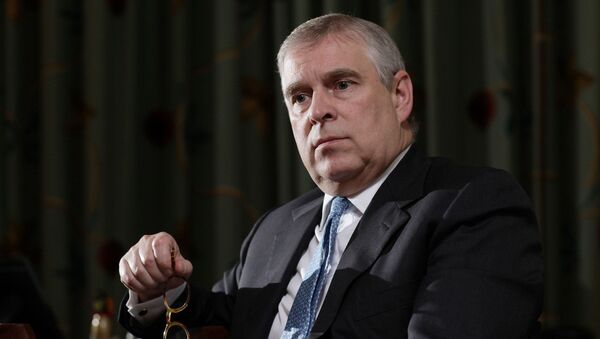 © East News / Justin Sutcliffe
Subscribe
International
India
Africa
Prince Andrew, the Duke of York, told the BBC that he was “too honourable” to end the relationship with convicted billionaire paedophile Jeffrey Epstein, in an interview aired on Saturday.

The member of the British monarchy, who was photographed at Epstein’s Manhattan mansion in 2010 and accused of having sex with one of his alleged underage victims, said he stayed at his then-friend house for the sake of “convenience.” The photos were taken just months after Epstein’s Florida prison sentence on charges of soliciting an underage girl for prostitution.

“It was a convenient place to stay. I mean I’ve gone through this in my mind so many times,” he told the BBC’s Emily Maitlis in an interview set to air Saturday. “At the end of the day, with a benefit of all the hindsight that one can have, it was definitely the wrong thing to do.”

The prince blamed his decision to stay friends with Epstein even after he was convicted on his strong sense of loyalty.

“At the time I felt it was the honourable and right thing to do, and I admit fully that my judgment was probably coloured by my tendency to be too honourable, but that’s just the way it is,” he said.

Epstein died last August at the Metropolitan Correctional Center, where he had been held ahead of his pending trial, with the pathologist determining his death as the result of a suicide by hanging. The financier was charged with sex trafficking for allegedly having procured underage girls for high society patrons. Police have been investigating Epstein for nearly two decades and arrested him in 2005 for molesting an underage girl. Epstein served a sentence of 13 months. In July 2019, Epstein was arrested a second time for allegedly trafficking underage girls for sex in his mansion. Some of the charges dated back to the 2000s.