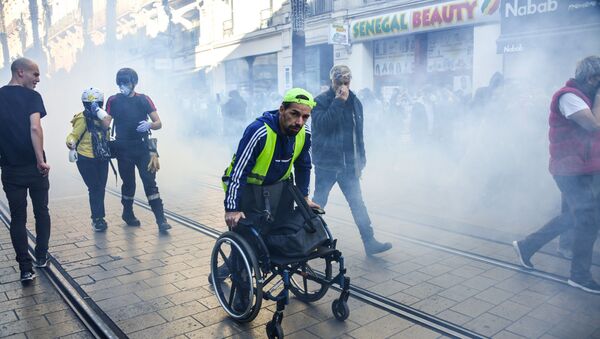 The yellow vest movement marked its first anniversary this weekend with mass rallies across the country. The demonstration in the City of Lights turned violent, with protesters clashing with police and the latter resorting to tear gas and water cannon.

The rallies often ended in violent confrontations between police and demonstrators, with the later hurling stones and projectiles at officers, smashing cars and shop windows and erecting and subsequently burning barricades.

Police repeatedly resorted to tear gas and water cannon to disperse the most violent demonstrators. The clashes resulted in numerous injuries, some very severe, among both police and protesters.