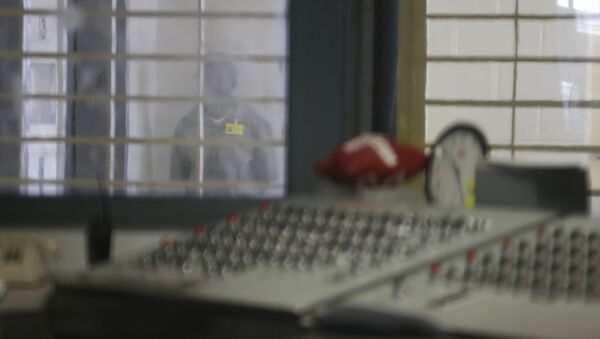 WASHINGTON (Sputnik) - The Texas Court of Criminal Appeals has stopped the scheduled execution next week of convicted murderer Rodney Reed, who has been in jail awaiting execution for more than 20 years, the Innocence Project announced.

“The Texas Court of Appeals has granted Rodney Reed an indefinite stay of execution, which means he no longer has an execution date”, the Innocence Project said in a news report on Friday.

A spokeswoman for the Court of Criminal Appeals said the new ruling to put a hold on the execution would soon be posted on its official website, the Innocence Project said.

🚨 BREAKING: RODNEY REED'S EXECUTION IS STAYED. By order of the Texas Court of Criminal Appeals. Reed's "Brady, false testimony, and actual innocence claims" will be considered by the trial court in his case before any further action is taken. pic.twitter.com/vmvZ8eWtWB

Earlier on Friday, the Texas Board of Pardons and Paroles voted unanimously to recommend that state Governor Greg Abbott delay the execution by 120 days. Reed had been due to be executed by lethal injection this coming Wednesday.

Rodney Reed was convicted for the 1996 murder of Stacey Stites, a 19-year-old grocery store worker in central Texas. New witnesses, however, have come forward and forensic evidence has been re-evaluated leading to growing calls for a new trial, the Innocence Project said.