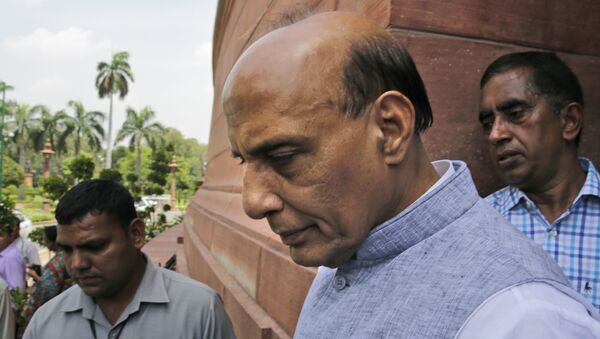 While inaugurating the bridge, Rajnath Singh said bolstering border infrastructure is key to the security of the region, bordering China and Myanmar. He said the federal government has initiated several project in the region to provide road, rail, air, and digital connectivity with the rest of the country.

“The Chinese government will never ever recognise so-called 'Arunachal Pradesh'. We firmly oppose Indian leaders' and senior officials' activities there. We urge the Indian side to respect China's interests and concerns, stop taking any moves that may complicate the boundary issue, and maintain peace and tranquility in the border region with concrete actions", said Shuang during a routine media briefing.

The Indian minister indicated that better infrastructure in the region would also bridge India with nations in Southeast Asia. The bridge across Sisseri River in Arunachal Pradesh is strategically important from a military point of view and would be part of Trans Arunachal Highway.

The North Eastern states are strategically important and also a Gateway to ASEAN nations. During the recent ASEAN Summit PM Modi took a very important and bold decision.

He decided that India would not join Regional Comprehensive Economic Partnership (RCEP) in its present form.

​India’s northeastern region comprising eight states have lagged behind in most key growth parameters and the federal government has put a priority on putting the area in a position of “national economic eminence” to play the “arrow-head role in the nation’s Act East Policy.

New Delhi has also sought international investment in the region to exploit its untapped natural resources. According to Arunachal Pradesh's government, almost 80 percent of the land in the state is unexplored and suitable for a variety of horticulture crops, as the state is blessed with five types of agro-climatic zones.

The state's government had sought American investment in the area, during a visit by US envoy to India Kenneth Juster to Tawang, close the Chinese border.