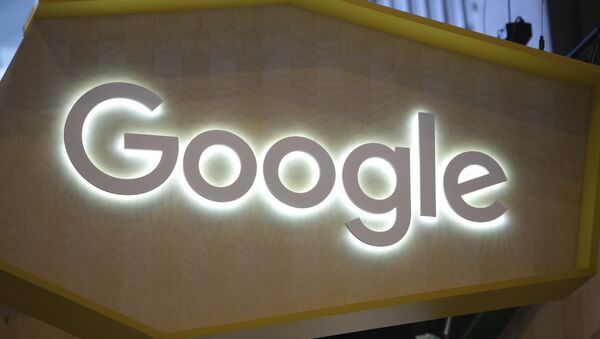 © AP Photo / Thibault Camus
Subscribe
International
India
Africa
Google, along with other Silicon Valley companies like Twitter and Facebook, has been accused of anti-conservative bias by Republican senators, who have threatened the tech giant with anti-trust action. Google has repeatedly said its search engine is unbiased.

Google is secretly preventing some websites from appearing in its search results, including conservative websites, the Wall Street Journal reported. The newspaper’s investigation revealed that right-wing websites such as The United West and the Gateway Pundit were included in a blacklist that featured hundreds of websites and did not appear in Google’s ‘news’ section or featured products. WSJ said it had seen a policy document dating back to August 2018, which instructs Google engineers to focus on websites that attempt to mislead - "a publisher misrepresenting their ownership or web properties" - rather than websites that provide inaccurate information.

The newspaper cited an unknown person familiar with the matter who claimed that any changes in the blacklist should be introduced by at least two persons – one makes the change and the other one approves it.

The Wall Street Journal also claimed that the the company tweaks search algorithms to favor big businesses over smaller ones. At the same time, Google boosts other big tech companies like Amazon, Facebook in search results.

The newspaper reported that the company’s engineers also created a blacklist to eliminate provocative suggestions in auto-complete, a feature that predicts what a person may be looking for when he or she types a word in a query, when it comes to controversial topics such as abortion or immigration.

Google’s spokesman dismissed the report. Speaking with the Mail Online, he said the newspaper’s investigation contains "a number of old, incomplete anecdotes, many of which not only predated our current processes and policies, but also give a very inaccurate impression of how we approach building and improving search”.