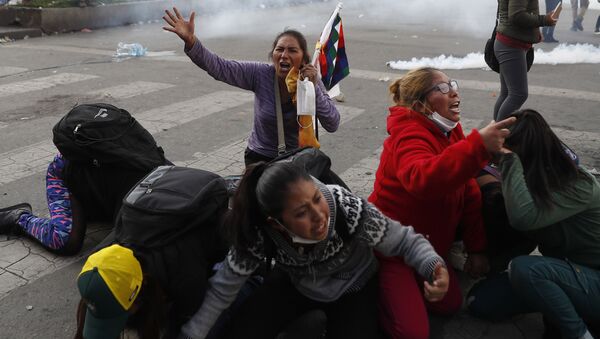 On Friday, the Bolivian capital saw residents of the neighbouring city of El Alto marching through La Paz to demand the resignation of self-proclaimed President Jeanine Anez, media reported.

Five supporters of ex-President Evo Morales were killed Friday in bloody clashes with local police in the central Bolivian department of Cochabamba, AFP reported. The newspaper Pagina 7 added late on Friday that the victims had died of gunshot wounds.

#Bolivia | Police and military forces repress protests against the coup. At least five killed by bullet impact in Sacaba, Cochabamba.

The police said, as cited by Pagina 7, that they did not use arms and only used chemical substances to disperse demonstrators. The police officers put the blame for the killings on the military, who also participated in the operation.

Moreover, the police added that the protesters were also armed.

Authorities have provided no information on any deaths in the unrest outside the central Bolivian municipality of Cochabamba, although they stated that over 100 people have been arrested. According to Pagina 7, five people were injured during the ongoing police operation.

On Tuesday, Bolivia’s Second Vice Speaker of the Senate Jeanine Añez proclaimed herself the nation's interim president in light of the recent resignation of ousted President Evo Morales. 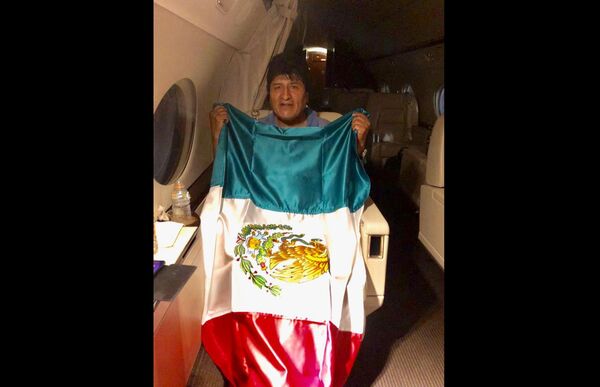 Morales, who was Bolivia's president for almost 13 years, stepped down on 10 November and fled to Mexico upon securing political asylum there.

Bolivia plunged into crisis following the presidential election on 20 October, which saw Morales secure his fourth term in office. The opposition, however, refused to accept the election results, citing alleged irregularities in vote-counting procedures that were subsequently confirmed by the Organisation of American States.