Most-Known Suspected Daesh Supporters Pleading to Be Allowed Back Home to UK, US 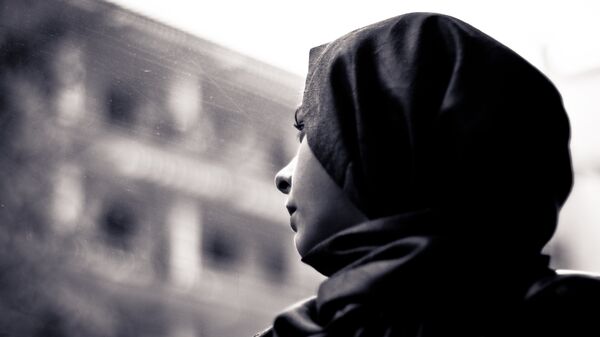 Lilia Dergacheva
All materialsWrite to the author
EU and US individuals alleged to have been affiliated with Daesh* began to return to their countries of origin quite some time ago. However, now that the terrorists have been largely eliminated in Iraq and Syria, the trend is believed - and feared - to be gaining momentum.

A number of individuals struggling to come back but being blocked by security agencies have even hit the headlines:

1. Shamima Begum
The Brit, who married Dutch-born Islamist Yago Riedijk shortly after leaving the UK, has several times begged the British authorities to let her into the country, citing her poor mental state after what she “had to go through” in Syria, where she is believed to be in a new camp.

Begum, who was recently stripped of her UK citizenship, had earlier stirred up a hornet’s nest by saying she was in no way shattered when witnessing her first ever “severed head” in the camp.

Although stripped of his British citizenship, the 24-year-old Muslim convert and suspected Daesh fighter earlier told ITV that he “felt British” and would like to return, admitting though it was unlikely.

The New Jersey-born woman who left the United States to join Daesh in November 2014 surrendered in January 2019 to coalition forces in Syria, “deeply regretting” what she had done. She is currently requesting to return to the United States together with her son.

A judge has so far ruled she is not a US citizen thereby keeping her in limbo in Syria.

The suspected 25-year-old recruiter, who reportedly lured Begum and two classmates to Syria with promises of marriage to jihadi fighters, said she is prepared to allow her son, Ibrahim, who is nearly three, and daughter, Asiya, aged 18 months, to be removed from her care and handed over to her parents in the UK so that the kids can have "a normal life”.

The former University of London student apologised for travelling to Syria and asked for "another chance”.

Long before the wave of returns, the UN kicked off work on legislation that would formalise the procedures for accepting suspected Daesh supporters back in their home countries.

More specifically, UN Security Council Resolution 2396 from 2017 is meant to address the evolving nature of the threat coming from foreign terrorist fighters, with multiple concerns raised in society.

The new challenges include prosecution of returning fighters, their rehabilitation and reintegration into society, with the question still open on how to deal with suspected Daesh supporters, including the so-called “Daesh wives” and their underage children and what status they should have.

According to official estimates, around 5,000 Europeans (3,700 from the UK, Belgium, France, and Germany) left for Syria to join Daesh, and many of them (around 1,200) have already been accepted back.

For instance, out of 850 individuals from the UK, who left their homes to travel to either Syria or Iraq, roughly 425 have returned, according to an October 2017 report by Soufan Groups. Meanwhile, out of 129 people that left the US for Mideast war zones, 7 have returned.