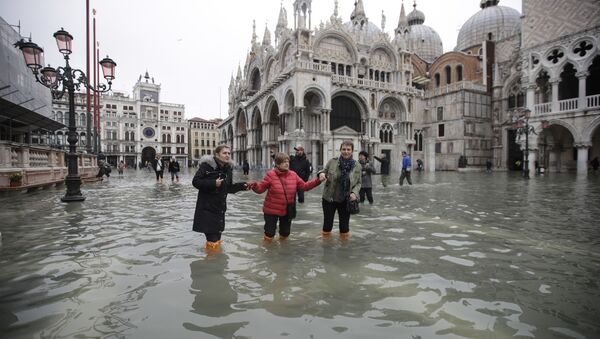 "We have destroyed Venice. We're talking about a billion euros in damages", the mayor said.

Mayor Luigi Brugnaro has also ordered the iconic St Mark's Square closed ahead of the latest sea swell of about 1.6 metres (over five feet) as powerful storms and winds hit the region again mid-morning. According to reports, it will be lower than the peak of 12 November but still dangerous.

​"I'm forced to close the square to avoid health risks for citizens... a disaster", Brugnaro said.

​Churches, shops and houses in the city of canals have been flooded by extraordinarily intense "acqua alta", or high waters that hit on 12 November. Italy declared a state of emergency in Venice, a UNESCO World Heritage site, after the city recorded a high-water mark of 1.87 metres (6.13 feet), resulting in the highest tide since 1966.

​In 1966, the high-water mark reached a record 1.94 metres (6.36 feet), triggering the worst flood in the city's history. It left thousands of residents without homes and caused over $6 million in damage to the city.