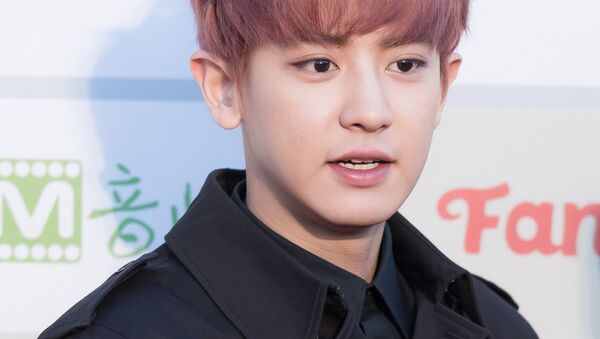 This is not his first attempt to start a career on YouTube, as he created a channel back in 2017. This time, however, his own studio has set a new one up, and Chanyeol is currently working hard under a lot of pressure.

Park Chanyeol, who is the main rapper of the popular K-pop boy band EXO, as well as a singer-songwriter, producer, model, and actor, has recently made his dreams come true, as the artist launched his own YouTube channel in collaboration with SM Entertainment director MQ, who is also a member of the performance group Beat Burger that was created under the same label and consists of talented and creative singers, rappers, producers and dancers for a project titled Studio NNG.

But something went wrong, and shortly after launch the channel came under fire, as the first released video made Korean fans angry at MQ's way of talking to others, finding his comments silly and rude.

The storm of negative comments flooded the pages of the studio, which led to the video being deleted from the channel. The clip was uploaded again with an edited part where MQ talks.

Later the channel uploaded a new video that seems to be an apology, titled "SORRY" with Chanyeol, MQ, and all the crew involved in a step dance. But this was not enough for Korean fans and they are still not satisfied with the situation. The studio has also uploaded a video where Chanyeol builds his new studio with his own hands.

In that video, MQ was very very rude. He did so serious bad things in Korea. So many Korean fans were angry and they wrote comments for CHANYEOL. Maybe the director thought this problem seriously and closed.

Who are they to do the MORAL POLICING?
Is PCY a kid?
He wouldn't have uploaded anything if he thought the video was rude.
And since he didn't find +

Fans have been waiting for the promised youtube videos for a couple of years, since Chanyeol promised to start his YouTube career long ago.

the worst part about chanyeol's youtube channel is that he literally Promised us another video, even posted a clip of it on his instagram, and then just never uploaded it

MQ: I asked him to get a new studio together

LOEY: That's how we started to share the studio

MQ: He said he needs to ask his mom, so I went to meet his mom. And that's the beginning of the story

i can’t imagine how disheartening it was for chanyeol to see something he was so excited to debut get torn up from the start. it’s clear that studio nng has a lot of potential in their music and video projects. please continue to give him and studio nng a lot of love and support!

i dont really see how kfans are wrong in this tbh... a bit overreactive maybe but from what ive seen mq was rude to the staff and thats not smth that flies in korea let alone the fact that its in a video with chanyeol in it

I will love and support Park Chanyeol from EXO as well as Producer Loey from nng studio.

Breathe if you will do the same thing.

nng obviously means a lot to chanyeol. It's his first project that he did that has nothing to do with sm. It's HIS. The teaser was so high quality, it SHOWS that time & effort was spent into it yet it only has 188k views. that's pathetic coming from a huge fandom. pls support him

On 23 October, Chanyeol's production crew, Studio 519, changed their name to Studio NNG and they also started a new channel dedicated to the process of building the new studio from scratch. Chanyeol has had his own production team since 2017, who also co-produced his sub-unit EXO-CS' mini-album “What a life” along with another member of EXO, Sehun.

ROLLERCOASTER AND DAYDREAMIN' LYRICS, COMPOSITION AND ARRANGEMENT BY CHANYEOL'S TEAM STUDIO 519 IM SO FUCKING PROUD OF MY MAN pic.twitter.com/EbOEl7uOQU

​The studio started to work up the excitement of fans by counting the days on their Instagram page. On 30 October, a mysterious teaser film was spotted on the social network for a new project starring Chanyeol and MQ, who is a member of SM Entertainment's performance group Beat Burger, which consists of talented and creative singers, rappers, producers, and dancers.