About 200,000 Households Facing Blackout in Southeastern France Over Snowfall - Reports 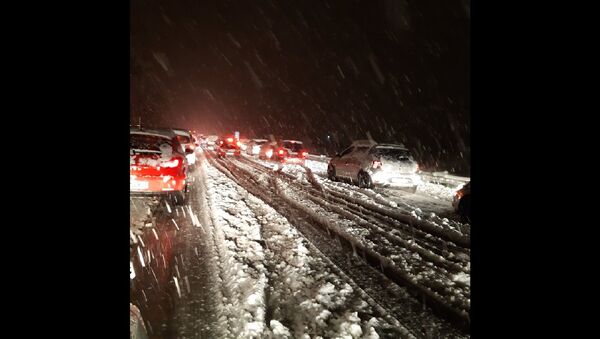 MOSCOW (Sputnik) - Large snowfall in southeastern France led to a disruption of electricity supply to about 200,000 households, media reported early on Friday.

The power cuts were registered in the departments of Drome, Ardeche, Isere and Rhone, the BFMTV broadcaster reported, citing electricity supplier Enedis.

Enedis said that the power cuts had been caused by ruptured transmission lines due to trees falling on them.

In the Isere department, the weight of snow caused a tree to fall, which reportedly killed a car driver.

On Thursday, the orange level weather warning has been introduced in seven departments amid the weather conditions.

The southeastern region has been experiencing heavy snowfall for several hours already, as an array of pictures and videos on Twitter show.