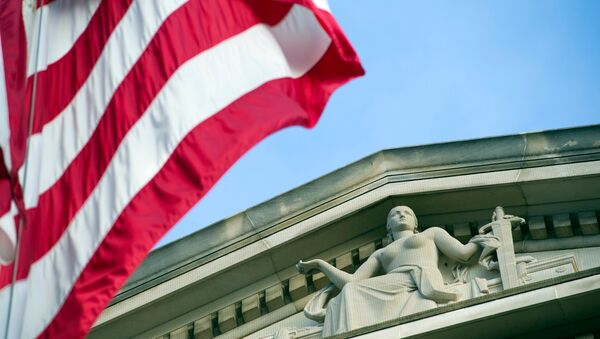 © AP Photo / Cliff Owen
Subscribe
WASHINGTON (Sputnik) - A group of half a dozen residents of the Las Vegas area in the US state of Nevada now face federal charges over a mail con plot to defraud elderly people by falsely promising Cash prizes, the US Department of Justice said in a press release on Thursday.

"Six Las Vegas, Nevada area residents were charged with running a fraudulent mass-mailing scheme that tricked hundreds of thousands of consumers into paying more than $10 million in fees for falsely promised cash prizes", the release said.

"[T]he defendants’ prize-notification scheme led victims, many of whom were elderly and vulnerable, to believe that they could pay a small $20 or $30 fee to claim a large cash prize. The indictment alleged that none of the victims who submitted fees ever received a large cash prize", the release said.

On Wednesday, US Postal Inspectors arrested five of the defendants and the sixth, Jose Salud Castro, surrendered to law enforcement officials on Thursday morning, the release added.

In 2018, former US congressman Stephen E. Stockman was sentenced to serve 10 years in prison over mail fraud, wire fraud, conspiracy to make conduit contributions, filing a false tax return and other charges.