Russia is Not Strategic Partner, But Strategic Problem for EU - President of European Council Tusk 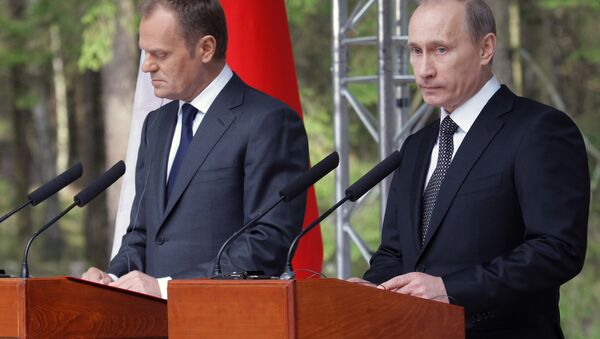 The president of the European Council will step down on 1 December, with the office being passed on to ex-Belgian Prime Minister Charles Michel.

Departing head of the European Council Donald Tusk claimed that Russia is one of the main challenges facing the 28-member bloc.

"I had to publicly remind others, almost every week, that Russia is not our 'strategic partner', but our 'strategic problem'", the official said. "I was even labelled a 'monomaniac', for being so focused on this subject. But eventually, it paid off".

He also criticised French President Emmanuel Macron for suggesting a different approach in relations with Moscow, claiming that Russia could pose a threat to European sovereignty.

Tusk is not the only Polish politician who has recently slammed Macron for his attempt to mend ties with Russia and his comments about "the brain death of NATO", as Poland's Prime Minister Mateusz Morawiecki has also claimed that unlike Warsaw, the French president "does not feel the hot breath of the Russian bear on his neck".

The European Council in late June decided to prolong economic sanctions against Russia until 31 January 2020. The restrictions were originally introduced in 2014, when the EU accused Moscow of meddling in the Ukrainian crisis. The country, rocked by mass rallies, experienced a coup d'état in Kiev that forced President Viktor Yanukovych to flee the country. 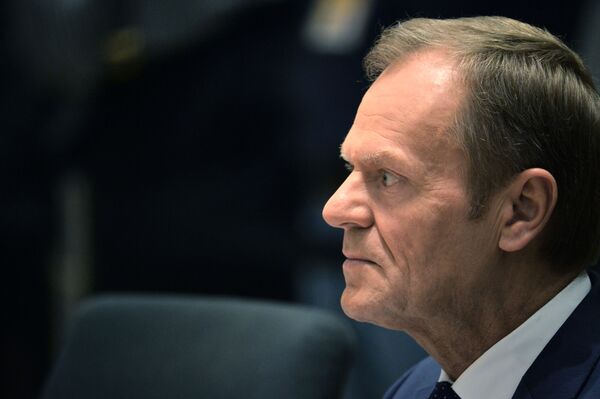 In the wake of this, the Crimea re-joined Russia following a March referendum on the peninsula, with 96 percent voting for reunification, while Donetsk and Lugansk declared their independence and refused to obey the new government in Kiev.

EU politicians put the blame for the escalation on Russia, while Moscow denied the claims, stressing that Crimea had reunited with the country via a democratic referendum. Russia, for its part, introduced countersanctions targeting the European agricultural sector.