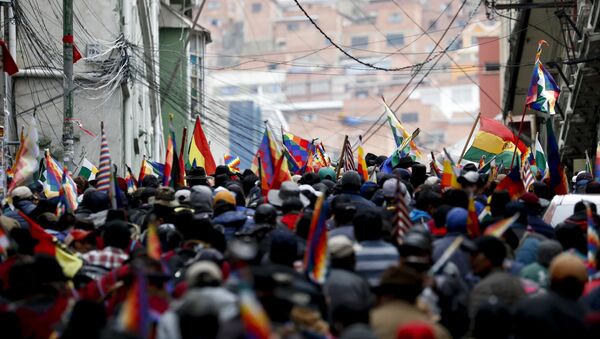 MEXICO CITY (Sputnik) - Residents of El Alto, near the capital of Bolivia, have marched to La Paz, the administrative capital of the country, to demand the resignation of self-proclaimed president Jeanine Anez, media reported.

Mass protests against the CIA backed Fascist Military Coup in #Bolivia, right now!#GolpeDeEstadoEnBolivia "Against the Coup D'Etat In Bolivia"pic.twitter.com/rSuXmG849y

Thousands of indigenous people arrive in the capital, La Paz, to protest and demand the overthrow of a new government that does not represent them.
#Bolivia pic.twitter.com/JRYixodQW9

On the eve of the protests by the residents of El Alto, who are mainly supporters of former president Evo Morales, people were dispersed by the security forces using tear gas. Fires being set in historic buildings was also reported.

Opposition lawmaker Jeanine Anez declared herself interim president at an extraordinary session in Parliament that was boycotted by Morales’ socialist party. Due to the boycott, the quorum necessary to legitimise Anez was not met, however, Bolivia’s highest court has recognised her as interim president. 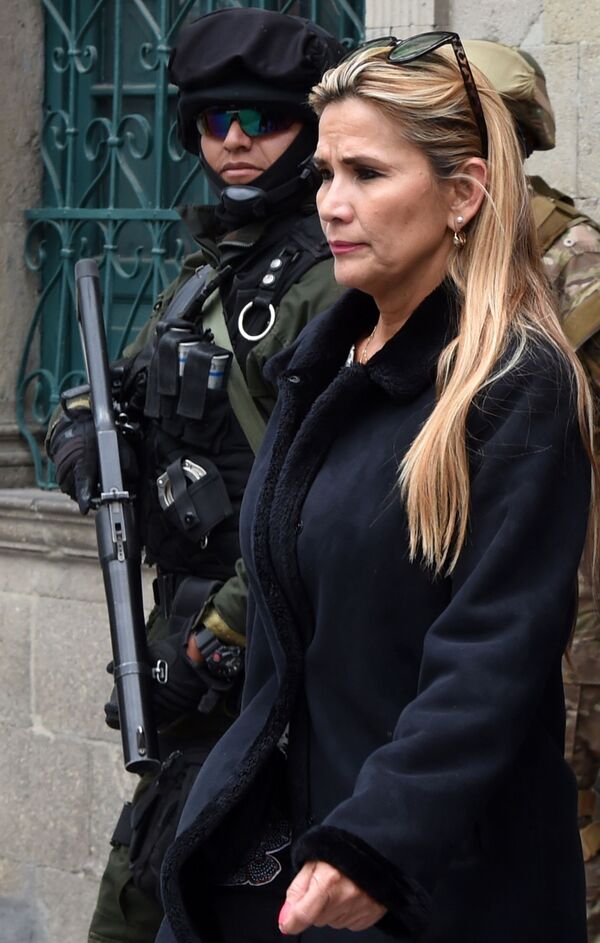 The Bolivian Armed Forces earlier joined in on the calls for Morales to step down, saying this was necessary to ensure order in the country. Following his resignation, Morales left for Mexico after being granted political asylum there.

Bolivia plunged into crisis following the presidential election on 20 October, which saw Morales secure his fourth term in office. The opposition, however, refused to accept the election results, citing alleged irregularities in vote-counting procedures that were subsequently confirmed by the Organisation of American States. The developments prompted mass protests that later turned violent.