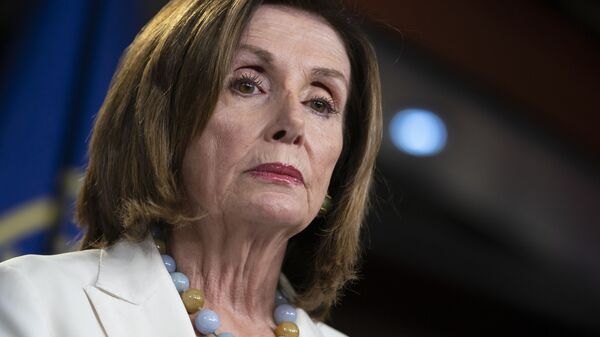 Tim Korso
All materialsWrite to the author
POTUS has been facing a major scandal as US House committees have been investigating allegations of Trump abusing his power in a conversation with the Ukrainian president as part of an impeachment probe.

US House of Representatives Speaker Nancy Pelosi has stated that the first public impeachment hearing, which took place on 13 November, revealed corroborating evidence of bribery and added that US President Donald Trump had admitted to "bribery".

"The bribe is to grant or withhold military assistance in return for a public statement of a fake investigation into the elections. That's bribery. […] What the president has admitted to and says it's perfect, I say it's perfectly wrong", Pelosi elaborated on her claim.

Pelosi further praised the two witnesses who had delivered a "devastating testimony" during the hearing on Wednesday, which she called a "successful day for truth".

Taylor claimed that a "highly irregular" channel existed for the US to implement its policy towards Kiev. He also alleged that the White House had made “everything” regarding Ukraine, including the provision of military aid to the country, contingent on Kiev announcing the start of a criminal probe into former US Vice President Joe Biden. 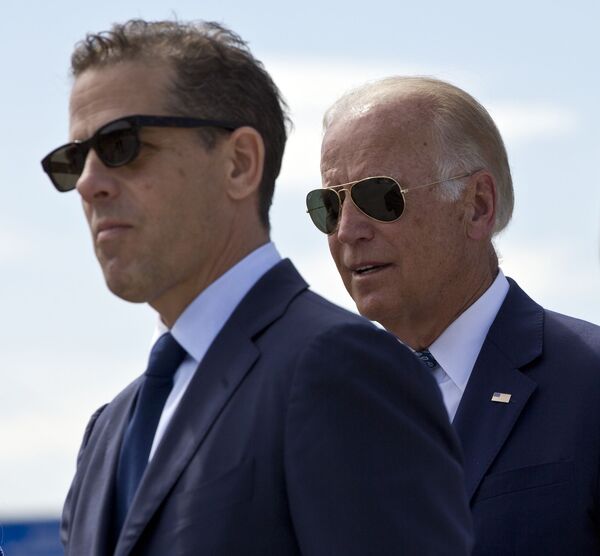 Kent, in turn, stated that he had earlier raised the issue of Biden's son, Hunter, working for the Ukrainian gas company Burisma, saying that it could be perceived as "a conflict of interest". He also opined that Ukrainian prosecutors had accepted bribes to stop the investigation into Burisma, but claimed that he had seen no attempt by the US side to hinder it.

US President Donald Trump expressed interest during a telephone talk with his Ukrainian counterpart Volodymyr Zelensky in Kiev starting to look into allegations that Biden had pressured the previous Ukrainian administration in 2016 into burying the case against the gas company, where his son Hunter was working. Both Bidens deny the allegations.

Trump's conversation with Zelensky was reported by an anonymous whistleblower, whose complaint reached the House of Representative. Democratic leaders of several House Committees then initiated an impeachment investigation into alleged abuse of power by POTUS.

They believe that Trump may have withheld military aid to Ukraine as leverage to persuade Zelensky to start a probe into the Bidens in a quid pro quo deal. Trump denies the existence of such a deal, insisting that his conversation with the Ukrainian president was "pitch perfect" and that the whole impeachment probe is a "hoax" and a "witch hunt".