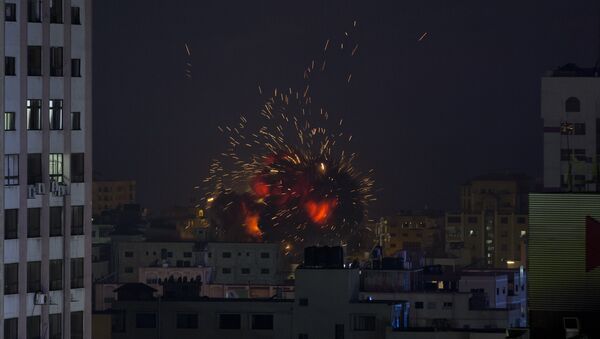 Live Updates: Rocket Sirens Sound Across Israel Despite Reports of Ceasefire With Gaza

The Israel Defence Forces (IDF) and Palestinian militants clashed earlier in the week, with tensions escalating after the army eliminated commander of the Palestinian Islamic Jihad Baha Abu al-Ata.

Clashes between the Israeli military and Palestinian militants are expected to continue, as alarm sirens sounded in Kibbutzim Erez, Yad Mordechai, and in Moshav Netiv HaAsara this morning, according to official information.

The Palestinian Ministry of Health, meanwhile, has reported that at least 32 people have died since the beginning of the Israeli airstrikes this week. 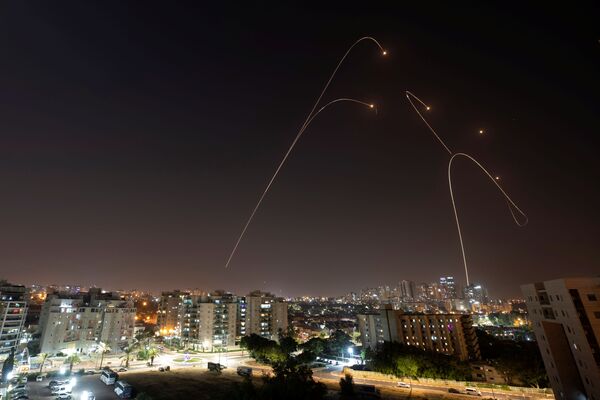 According to local media, citing sources, the Islamic Jihad greenlighted a ceasefire, brokered by Egyptian mediators, with the IDF allegedly pledging to suspend the operation against the group if the militants stop firing rockets at Israel. Tel Aviv is reportedly demanding that Palestinians cancel the March of Return rallies, scheduled for this Friday.

Russia welcomes the ceasefire agreement reached earlier in the day between Israel and the Palestinian Islamic Jihad militant group and hopes the deal will lead to a de-escalation of regional tensions, the Russian Foreign Ministry's spokeswoman Maria Zakharova said Thursday.

"[Russia] welcomes the ceasefire agreement reached between Israel and the Palestinian Islamic Jihad movement, which was brokered with the help of Egypt and went into effect this morning. We hope that it will serve as a prologue to a sustainable de-escalation [of tensions]. We call on Israelis and Palestinians to show restraint and prevent new violence from occurring," Zakharova said.

5 rockets were JUST fired at Israel from Gaza. pic.twitter.com/y3XlPopq0j

Earlier in the day, the IDF's Arabic spokesman Avichay Adraee claimed in a tweet that Rasmi Abu Malhous, an Islamic Jihad commander said to head the group's rocket unit, had been killed in an overnight strike in the Gaza Strip.

The IDF operated decisively and precisely against Islamic Jihad in Gaza until quiet returned to the skies above Israel.

Quiet will be met with quiet.

We will continue to protect the people of Israel and are prepared for any threat on all fronts.

"Quiet will be answered with quiet", Foreign Minister Israel Katz told Army Radio. "The State of Israel will not hesitate to strike at those who try to harm it, from the Gaza Strip or from anywhere else".

🚨7:00am: Sirens sounding in southern Israel 🚨