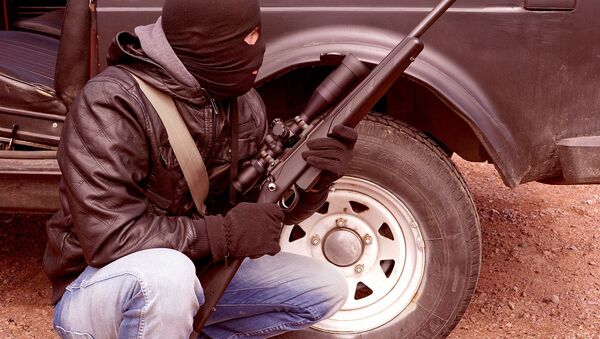 Tim Korso
All materialsWrite to the author
The head of the terrorist organisation was eliminated as a result of a raid by US forces in Syria's Idlib. His death was later confirmed by a number of countries, as well as by Daesh*-affiliated media outlets, who announced the appointment of a new leader reportedly known as Abu Ibrahim al-Hashimi al-Quraishi.

Media outlets linked to the Daesh* terrorist group have published a guide for would-be lone wolf terrorists around the world that is aimed at teaching them how to approach heavily guarded targets, such as national leaders, officials, commanders, and assassinate them, the Daily Mail reported.

The guide, titled "Ways to Assassinate Leaders", offers the attackers three methods to approach their targets using various tricks, weapons, tools, and even wearing disguises. The paper also suggests that the terrorists should always consider their plans for how to retreat.

Death of the Daesh* Leader

The head of the terrorist group, Abu Bakr al-Baghdadi, was recently proclaimed dead after several unsuccessful attempts to assassinate him. He killed himself using a suicide vest after being attacked in his hideout and hunted down in a dead-end tunnel by US troops. They confirmed his identity by carrying out a DNA test, buried his remains at sea, and levelled his hideout.

His death was later confirmed by several countries, including Iraq and Turkey, as well as Daesh*-affiliated media, which subsequently proclaimed that the group had chosen a new leader, reportedly called Abu Ibrahim al-Hashimi al-Quraishi, also known as Abdullah Qardash. The alleged leader of the organisation was previously an officer in the Iraqi Armed Forces under late President Saddam Hussein.

US President Donald Trump stated that the country knows the identity of the new Daesh* leader, while the State Department said that they are "looking into" him, including his origin and role in the terrorist group.