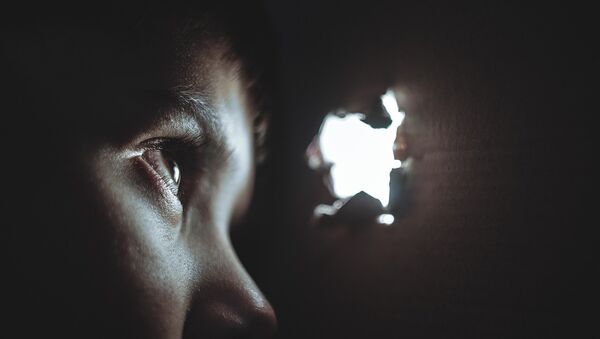 CC0 / /
Subscribe
International
India
Africa
Although several shocking deaths of children who were killed in various religious rituals have made headlines across the UK, the number of minors suspected of being “witches” and “possessed” has grown by a third over two years, The Independent reports. The real figures could be even higher, experts warn.

Almost 2,000 children have been abused in witchcraft and religious rituals over the last year, according to The Independent, citing corresponding statistics. Local councils have linked rituals and religious beliefs to some 1,950 cases. Thus, the number of victims of belief-related violence has allegedly leaped by a third since 2016-17, as minors are said to have been beaten, burned, cut, deprived of food, water and even killed in attempts to ward off evil spirits or punish suspected witches for casting spells.

The possible targets often have physical disabilities, mental challenges, unusual skills or characteristics, or simply behave unusually, something which is then treated as evidence that they are either possessed or can cast spells.

The newspaper cites head of the National FGM Centre Leethen Bartholomew as saying that the abuses perpetrated by relatives or spiritual leaders are also often prompted by misfortune in families, ranging from financial difficulties to illnesses.

“People seeking explanations can look to the spiritual realm and there can be consequences for children. We know there have been some faith leaders and organisations involved, but some of the abuse happens in a family context. They diagnose and seek to resolve the problem themselves”, he says, noting that children with unusual features or behaviour are often blamed.

His organisation condemns the reported increase in witchcraft-related abuse as “alarming and unacceptable”. Despite several horrifying cases bringing the issue of ritual-related child abuse into the public spotlight, this has not resulted in thorough research of the phenomenon in the UK, the activist says. According to Bartholomew, “awareness is still not at a level that compares to female genital mutilation (FGM)”, which his organisation is also trying to battle.

As the expert points out, it is unclear whether the recent registered rise was due to an improvement in how they keep records of these specific crimes or whether the number of cases has risen overall. As he points out, such cases are difficult to spot.

“It’s a global issue – in the UK it happens across different religions and we even have cases where families have no religious belief whatsoever. It can be difficult to spot”, he told The Independent.

Mother Obsessed With Witchcraft Convicted of FGM on Girl, Three, in UK First
The Independent also cites a senior Metropolitan Police officer, who warned that violence as a result of suspected witchcraft is being “hidden in plain sight” due to the lack of understanding. The newspaper also points to the results of the survey on the matter, in which 1,300 professionals, ranging from teachers and social workers, to police officers and religious figures took part. Only a third of them were able to identify the abuse.
Newsfeed
0
Access to the chat has been blocked for violating the rules . You will be able to participate again through:∞. If you do not agree with the blocking, please use the feedback form
The discussion is closed. You can participate in the discussion within 24 hours after the publication of the article.
To participate in the discussion
log in or register
loader
Chats
Заголовок открываемого материала