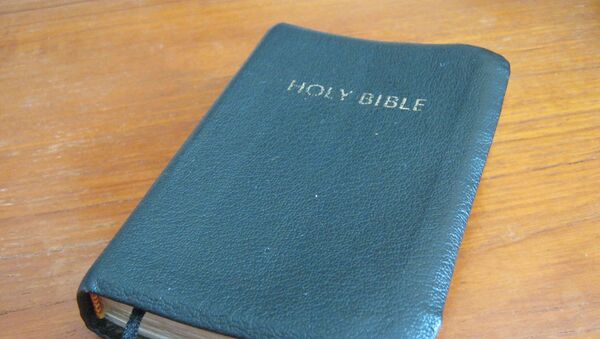 A police officer was hit by a 9-millimetre bullet in his chest while carrying out a mission trying to restore order in the municipality of Yapacaní, where there was a violent confrontation between alleged supporters of the indigenous-led Movement for Socialism (MAS in Spanish) and law enforcement, Director of the Special Anti-Crime Force (FELCC) Oscar Gutierrez confirmed.

The projectile pierced the bulletproof vest and a Bible that police officers always carry with them. The Good Book slowed down the bullet, thereby averting the potentially severe consequences of the shooting, the police representative said.

According to Gutierrez, the officer was injured by a gun that had been stolen from law enforcement. Photos of the injured police officer have appeared on social media platforms.

The situation in Bolivia deteriorated following the 20 October presidential election that saw former President Evo Morales secure another term in office, according to official figures.

However, the opposition refused to accept the outcome of the vote, citing alleged violations in ballot-counting procedures, something that was later also confirmed by the Organisation of American States. The ensuing developments resulted in mass protests that turned violent. Bolivia’s Armed Forces subsequently called on Morales to step down in order to ensure order in the country.

Moreover, the military, which was initially instructed to avoid suppressing the demonstrators, authorised the use of force against armed groups amid an increase of violence on the streets of the Latin American country. Morales resigned last Saturday and Jeanine Anez, who was the deputy speaker of Bolivia’s upper house of parliament, subsequently declared herself the interim president. Morales called the self-proclamation a coup.