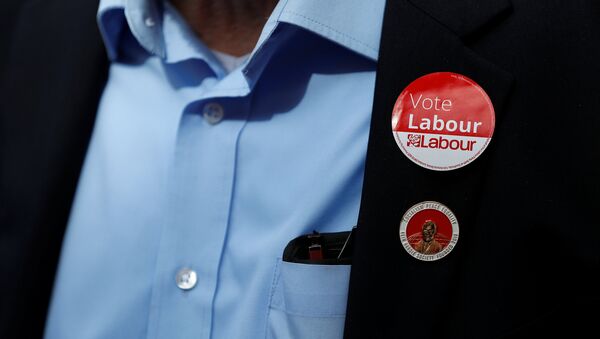 Jason Dunn
All materialsWrite to the author
Scotland, once a Labour stronghold, now just sends 7 Labour Party MPs to Westminster. The looming snap General Elections, scheduled for 12 December, the decline of the Scottish Labour Party and the rise of national sentiment may signal a death blow to Scotland's former leading party.

With little presence of election commotion or campaigning in the streets, Edinburgh South is giving more attention to their seasonal shopping rather than political canvassing.

As the 2019 general election kicks into gear, activists are traversing the constituency of Edinburgh South to either reelect or unseat its incumbent seat-holder, Ian Murray, 1 of 7 remaining Labour MPs in the country. 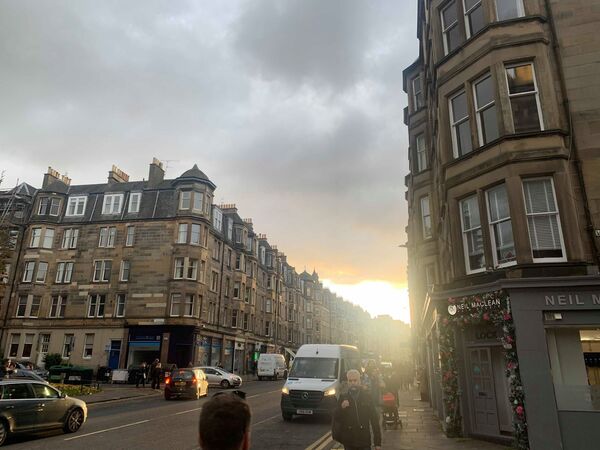 As 1 of 5 constituencies which make up the Scottish capital and flanked by its Liberal and Scottish Nationalist dominated neighbours, Edinburgh South is unique insofar that it has been a safe Labour seat since 2010.

As one of the few success stories for the dwindling Scottish Labour Party in recent years, Ian Murray has served as the MP for Edinburgh South since 2010 and has kicked off his campaign for reelection.

The campaign windows are ready to go. Just been waiting for it to be dry and bright to take a picture ☔️ ☔️. pic.twitter.com/Xr5gUoyLXZ

Having narrowly survived an attempted deselection in October by the Unite union on accusations that the Edinburgh South MP was undermining the Labour leadership, Murray was reselected by all 4 of the party's constituency member branches.

"It is a huge honour to have been reselected as Labour's candidate in Edinburgh South for the forthcoming general election. Representing my home city of Edinburgh is a great privilege, and I have always put this constituency first and foremost".

Boasting his union credentials, he claimed he was grateful for receiving support from "the overwhelming majority of trade unions".

The Edinburgh South MP has been a loud critic of Jeremy Corbyn, even going as far as to call out the Labour leader for his poor approval ratings and being an impediment to a Labour victory. 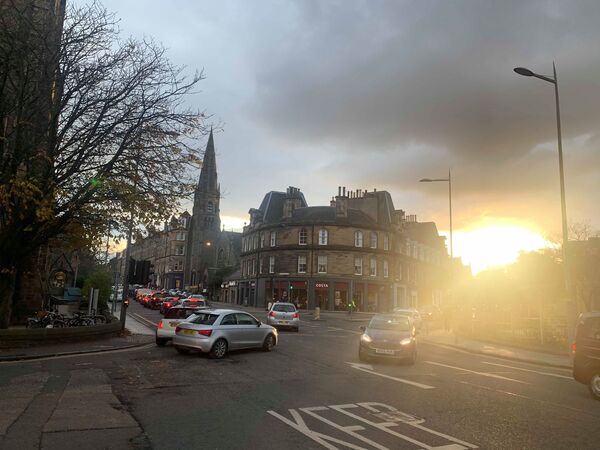 An indication of Murray's detachment from the direction of the Labour front bench were his leaflets for reelection, which contain almost no mention of Jeremy Corbyn or even the Labour Party, instead simply states his backing from "Best for Britain", a pro-Remain organisation.

He has made a name for himself as a staunch opponent of Brexit, joining with the SNP, Liberal, and Green MPs for pro-remain events throughout Scotland and claiming he will fight for a "confirmatory referendum" on Brexit.

The best deal is the one we already have! Proud to have signed the @Remain_Labour pledge.

I consistently argued in the last Parliament for the need to hold a confirmatory public vote on Brexit.

Labour are the only party offering one. I will campaign to Remain. pic.twitter.com/3dOxqMeHzO

​Murray was first elected to parliament in 2010 and briefly served as Labour's only remaining Scottish MP after an SNP landslide in the 2015 General Election, which also saw a large Conservative majority in Westminster.

The other 6 Labour MPs ascended into their seats on the back of a wave of shock support for Labour in 2017, after seeing the endangered animal 'Scottish Labour', revived under the leadership of Jeremy Corbyn. 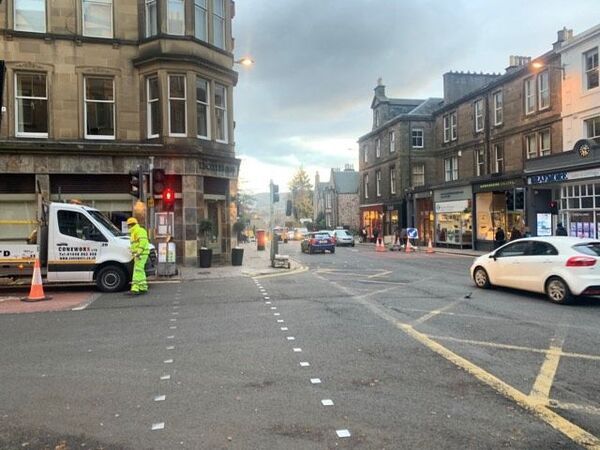 As Labour's longest-serving MP, Murray retains perhaps the safest of all the Edinburgh seats. He will, however, face the biggest threat from the Scottish National Party, who came in at a distant second in 2017, but will continue widely campaigning to unseat Murray.

Who the people of Edinburgh South will ultimately vote for, however, is still far from certain, despite it being a Labour stronghold.

Colin Taylor, a 53-year-old Edinburgh South constituent, and his wife Carol said on Monday that they would be voting for the Scottish National Party (SNP).

Colin said that he believes in the "principle of sovereignty and that Scotland should run its own affairs apart from Westminster.

He added that he sees the recent events in Westminster as proof that Scotland should be independent, and that while independence remains the primary goal of the SNP, their Brexit stance is also appealing.

"The SNP are basically in alignment with the Liberal Democrats in that they want to stop Brexit", he said.

Carol explained that she has always been a "90%" Labour voter, but has since become disillusioned with the party.

"I don't like Jeremy Corbyn, their whole stance on Brexit has been wishy washy and we have not seen any leadership", she said. "Westminster politics has become all about point scoring and is frankly ruthless".

When asked if she could see Edinburgh South remaining the only Labour seat in Scotland she said:

"There are still very many Labour strongholds, even though they're disenchanted they will still vote Labour, and that will happen throughout the country", Carol predicted.

The prospects for the Conservative Party in Scotland have "never been lower" they both agreed.

"Especially since the resignation of Ruth Davidson", the former Scottish Tory leader who stepped down from her position over Boris Johnson's prorogation of parliament in August.

Taylor's perspective appears to be shared country-wide and the Labour Party's prospects are potentially dire, with polling earlier this year showing massive gains for the SNP in both Labour and Conservative seats. 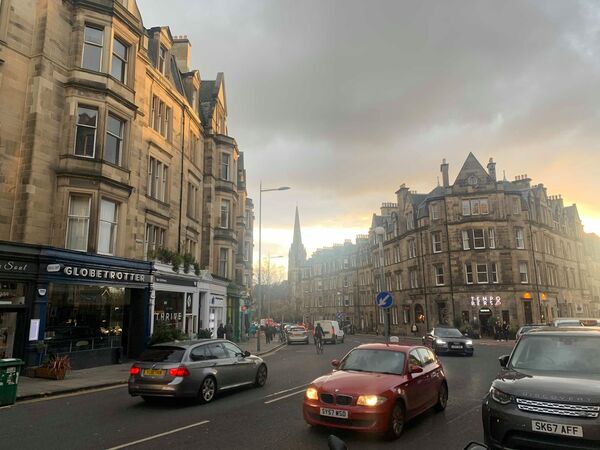 Another resident who did not give his name said he would vote for the Labour Party "over all the others" and that Labour is the "party of the ordinary people".

He also vocalised his distaste for the SNP, calling them "traitors" and said that "he'd rather vote for Donald Trump to be President of Scotland".

​Rising feelings of independence as well as increasing accusations by the SNP that the Labour Party is insufficiently opposing Brexit, while Scotland voted 62% to remain in the EU, mean potential trouble for Labour, with November polling showing them below the Liberal Democrats in Scotland.

A remain and independence sweep could see Edinburgh South become Scottish Labour's sole seat, a reversal of all the party's 2017 gains.

Other Scottish Labour incumbents are hanging by a thread, such as in Glasgow North, where Paul Sweeney holds onto a majority of just 300 over the SNP.

However, a Labour demise in Scotland would not necessarily prevent a Westminster Labour government, as it has in the past. With SNP leader Nicola Sturgeon recently offering Jeremy Corbyn terms for a coalition in the event of a hung parliament.

Given Murray's previous insubordination, and how some SNP policy is closer to positions Jeremy Corbyn has historically held, such as opposition to the Trident nuclear missile system, it could be that the life-long socialist finds himself with more allies in an SNP dominated Scotland than one that Labour ruled.