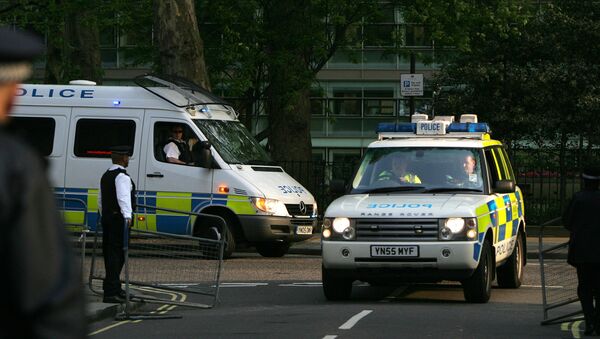 © AP Photo / Alastair Grant
Subscribe
It is extremely rare for mothers to kill their children and if it does happen the child is usually a baby. That is what makes the case of Sarah Barrass so shocking and until today the motive for the killing remained a mystery.

Sarah Barrass, 35, will be not released from prison for 35 years after she was jailed for life on Tuesday, 12 November, for murdering her teenage sons.

Only 75 prisoners in the UK are serving whole life terms and the judge decided that while her case was terrible it did not meet the criteria for a whole life sentence.

Barrass pleaded guilty earlier this year to murdering Tristan Barrass, 13, and his brother Blake, 14, and conspiring to murder all six of her children. 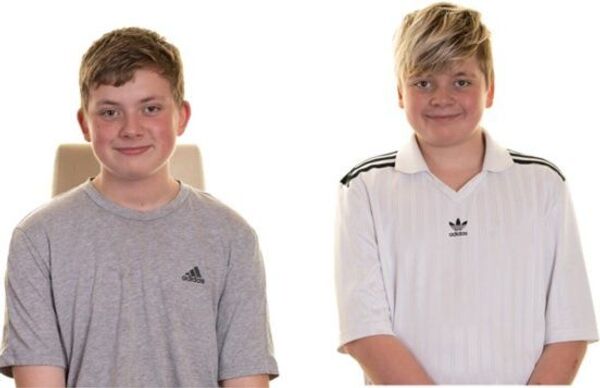 Her half-brother Brandon Machin, 39, also pleaded guilty and was given the same sentence at Sheffield Crown Court. He was the father of all of her children.

At Sheffield Crown Court where Sarah Barrass & Brandon Machin are due to be sentenced for the murder of Barrass’ sons, Blake, 14, and Tristan, 13. The boys died following an incident at Gregg House Road, Shiregreen on May 24 this year.Their cause of death has never been confirmed pic.twitter.com/EWN6UqUzI0

Prosecutor Kama Melly QC told Sheffield Crown Court that when interviewed by police Machin said he strangled Blake between 6am and 7am on the morning of 24 May and he said Barrass went downstairs and had an energy drink after strangling Tristan with a dressing gown cord.​

The court heard Barrass would frequently tell her children: "I gave you life, I can take it away."

The boys were found dead at Barrass’s home in the Shiregreen suburb of Sheffield in May this year.

It emerged on Tuesday they had been strangled and then had plastic bags placed over their heads.

​Machin said the bags were put over their heads to make “doubly sure” they were dead.

Machin said Barrass had originally tried killing all her children by using an overdose of ADHD medication but it had not worked and so she had begun researching methods of killing online.

Her brother, Martyn, told police she had posted a status update on Facebook a few weeks before the murders which he ignored.

In it Barrass, quoting horror writer Stephen King, wrote: “Murder is like potato chips, you can’t stop with just one.”

Machin said she had tried to drown the two youngest children in the bath but they had fought for their lives and survived.

​​The court heard a victim impact statement from one of the children who survived, who said she was scared of baths now and thought her mother “should be in prison for 300 years.”

The two oldest children were described as being “very much confused” by their mother’s actions.

A report by a social worker said: “Both children are emotionally broken and don’t know why this has happened. They repeatedly ask why and how.”

One of them said they were worried about growing up to become a “murderer”.

Barrass, who has six children, spent most of Tuesday’s hearing sobbing and holding a handkerchief to her face.

Tristan & Blake Barrass often heard their mother say "I gave you life, I can take it away."

She strangled Blake and Tristan, also she admitted conspiracy to murder all 6 of her children because she feared social services would take them into care. #Sheffield pic.twitter.com/yOxFF5WAYO

​Her lawyer, Bryan Cox QC, said: "Nothing we can say is intended to diminish the terrible acts for which Sarah Barrass, the mother of these children, must bear responsibility."

Mr Cox said Barrass was "profoundly damaged by her childhood" and that had to "diminish her culpability."

He said she had suffered "sustained neglect and emotional, physical, and importantly, sexual abuse" throughout her childhood and adolescence.

The court heard it was Barrass to phoned the police and confessed to what she had done.

Barrass had previously approached Sheffield City Council to ask for help with her children but was worried about them being taken into care.

And a reporting restriction has just been lifted which means that I can now report that Machin is Barrass’ half brother, and is also the father of all six of her children.

​Ms Melly said Barrass sent a message to a friend which said: "I've thought of every possible solution to this mess. I love my kids too much to kill them, I can't put them into care for the same reason."

Hundreds of bikers escorted the coffins of Tristan and Blake to their funeral in Sheffield in August.

He said friends and relatives were "trying to make sense out of something that will never make sense."

Following the sentencing of Sarah Barrass and Brandon Machin for the murders of Blake and Tristan Barrass, the boys' family friend Matthew Saunders read a statement outside court on behalf of all of their loved ones. Read it in full here - https://t.co/2zTLE1OwWc pic.twitter.com/7TrvzvDWnx

​John Macilwraith, Executive Director of People Services at Sheffield City Council, said: "The sentencing of Sarah Barrass and Brandon Machin for the double murder of Tristan and Blake Barrass has today concluded the legal process. Our focus continues to be the wellbeing of the children from this family now in our care. They are safe and receiving good support through this traumatic time."

He said the council would be co-operating fully with a Serious Case Review being undertaken by Sheffield Children Safeguarding Partnership.

Mr Macilwraith said: "This is such a tragic and, we hope, isolated case that it is vital to examine every aspect in order to establish what can be learned to inform the development of future professional practice."
The Serious Case Review report is expected to be published in the spring.