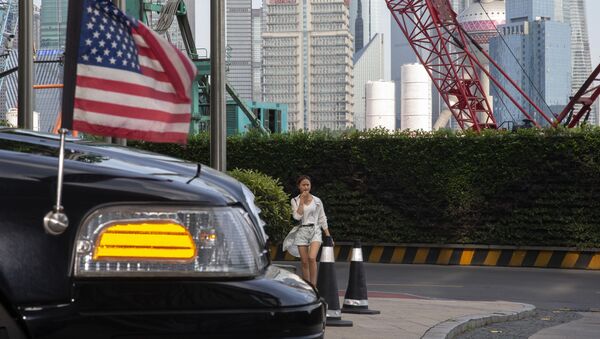 US President Donald Trump has downplayed hopes of a ‘phase one’ trade deal with China coming soon and a rollback of tariffs between the two nations. Trump said over the weekend that while the trade negotiations were moving along “very nicely”, if the deal is not “great” he won’t sign it.

The US leader added that China really wants a trade deal, but it has to be “the right deal.”

“They're having the worst year they've had in 57 years. Their supply chain is all broken, like an egg, they want to make a deal, perhaps they have to make a deal, I don't know, I don't care, that's up to them,” Trump told reporters at Joint Base Andrews.

Last week, officials on both sides had said that they were finalising a deal, 18 months after the US-China trade war began.

“Basically, the issue is China won't sign the Phase 1 mini-trade deal without some concession by Trump on tariffs,” says Economics and Politics Professor Jack Rasmus from St. Mary’s College in California.

The expert believes Trump wants to keep as much of the tariffs as he can for several reasons:

“He likes the nearly $100 bln in annual revenues it's producing; he wants to continue to use tariffs to hammer more concessions in phase 2; it makes him look tough to his political base.”

Despite Professor Rasmus's view that Trump is actually losing more than he gains if he signs a trade deal with China, he needs an agreement ahead of the 2020 elections to show his supporters that the US came out as the winner in the trade war.

“If Trump makes a concession on tariffs, most likely it will be something related to the December tariffs scheduled but not yet implemented. So he'll give up something he hasn't yet imposed. He may not even retract them totally, but postpone some to a later date or retract something of only partial value,” the professor said.

The tit-for-tat trade war has seen Washington impose tariffs on over $360 bln of Chinese imports, with tariffs on another $160 bln announced but yet to be implemented, while Beijing has set tariffs on more than $110 bln of US goods.

The new wave of tariffs is set to be introduced before the end of the year on 15 December and will target $160 billion worth of goods including mobile phones, computers, toys and footwear unless the US and China come to an agreement.

“If both sides schedule a signing before 15 December, that means they've agreed to some postponement of the Dec. 15 scheduled hikes. If they put off the signing further, it means they haven't agreed yet,” Dr. Rasmus said.

Claude Barfield, a former consultant to the office of the US Trade Representative, who researches international trade policy, the World Trade Organisation, intellectual property, and science and technology policy, in his turn, believes that Trump won’t commit to anything until a final deal is ready.

“I think they will come sometime in the next week or 10 days. They will come to what they call a phase one, which is a preliminary agreement, which has to do only with the not very much compromise on the China side, a little bit that part of intellectual property opening of financial services, but nothing more than the big structural stuff,” Barfield noted.

China will also have to agree to buy a lot more agricultural goods. Trump has said that he wants China to buy $40 billion to $50 billion worth of agricultural products from the US.

“The Trump people will accept it [the deal] because they want to put everything off until after the election,” Barfield concluded.

The trade spat with China has been ongoing since 2018 with the world’s two largest economies imposing tariffs on hundreds of billions of dollars’ worth of each other’s goods. The US leader has accused China of currency manipulation, unfair trade practices and intellectual property theft. China has denied such claims.