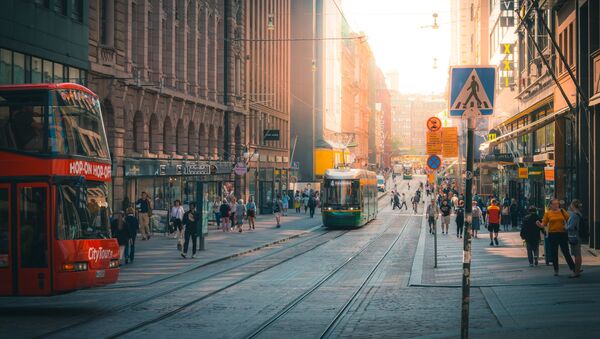 “I apologise for my actions and for lying. As a decision-maker, it is my duty to be honest. I depend on my voters’ trust and I have now broken that trust. I shall do everything I can to restore trust in my actions,” Hussein tweeted.

​Last week, Hussein described an incident in which he claimed he had stopped along a motorway to remove an abusive passenger “behaving in a racist manner” from his taxi. The passenger allegedly asked him about his reasons for being in Finland and told him to go back to Somalia. Later, he modified the story, claiming that he left the passenger at a bus stop and not on the roadside.

However, the story fell apart under scrutiny, as taxi operator Taksi Helsinki looked into the incident and found that his story did not match up with GPS data from the taxi. The company later declared that no passengers had been asked to leave a taxi.

Ultimately, Hussein admitted that the passenger was never removed. He said he tweeted about the incident to spark a discussion about the harassment that taxi drivers face. “I wrote that tweet because I was angry”, Hussein said.

“I am extremely disappointed in the actions of our council group member Husu. A person in a position of responsibility should act with the dignity required of the position. We will discuss the matter in our next council group meeting,” she tweeted.

A History of Controversy

Hussein has previously stepped into the spotlight by suggesting on social media that Finland was a racist country and that people who voted for the right-wing Finns Party are themselves racists. Despite the Finns' complaints, no investigation was initiated.

In late summer 2019, Hussein claimed to have received a letter containing a noose and a death threat.
The hand-written letter, in Finnish, contained a reference to the Ku Klux Klan and American civil rights leader Martin Luther King, Jr., and said the same thing that happened to King – he was assassinated – would happen to Hussein as well.

However, native Finns were sceptical about this one and were quick to point out spelling mistakes that no Finn could ever make, but that are quite common for immigrants (it may also be noted that Dr. King was shot, not hung). Some even compared this to the case of US actor of 'Empire' fame Jussi Smollett, who was indicted for disorderly conduct consisting of allegedly paying two Nigerian-American brothers to stage a fake hate crime assault on him and filing a false police report.

A Somali councilman in Helsinki takes a page from Jussie Smollett's book and claims a threatening letter and a noose were mailed to him. Too bad the letter has typos no native Finn would make but that are pretty common for Somalis. pic.twitter.com/1ONdgikXKZ

See, Finnish is not an easy language and it's pretty normal for Finns to write it wrong too. But it's the nature of the mistakes. Foreigners have difficulties with double letters vs. single ones (LL/L and AA/A) because many languages don't have double letters, Finns don't.