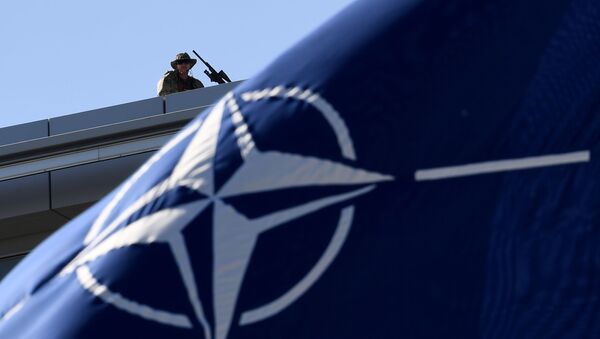 Oleg Burunov
All materialsWrite to the author
In an interview with the Economist earlier this month, French President Emmanuel Macron claimed that “what we are currently experiencing is the brain death of NATO,” a remark that has already been criticised by German Chancellor Angela Merkel and NATO Secretary-General Jens Stoltenberg.

Speaking to the Financial Times, Poland’s Prime Minister Mateusz Morawiecki responded to French President Emmanuel Macron’s “dangerous” claims that NATO is brain dead due to the fact that the United States is effectively no longer leading it.

According to Morawiecki, NATO is “the most important alliance in the world when it comes to preserving freedom and peace”.

He asserted that Macron’s doubts about NATO’s feasibility “can make other allies wonder if perhaps it is France that has concerns about sticking to it,” voicing hope that “we can still count on France fulfilling its obligations”.

“France is spending below 2 percent of GDP [on defence]. […] I think it’s worth asking why certain aspects of NATO do not look as we wish. And it’s not for the lack of US commitment to the alliance, but rather the lack of reciprocity on the part of some European allies,” Morawiecki said.

He praised the US’ permanent support for Europe, arguing that “if it was not for the help of the US, Europe would not have liberated itself from Nazi German occupation”.

In this vein, he was echoed by German Foreign Minister Heiko Maas, who slammed Macron’s latest remarks on NATO, saying that “it would be a mistake if we undermined the alliance” and that “without the United States, neither Germany nor Europe will be able to effectively protect themselves”.

German Chancellor Angela Merkel, in turn, said that “the French president has found rather drastic words to express his views.” She was echoed by NATO Secretary-General Jens Stoltenberg, who rejected Macron’s remarks and urged the US and Europe to "work together more than we have done for decades".

Polish Prime Minister Berates Macron for His Stance on Russia

In context of his country, Morawiecki, in turn, said that NATO was “the primary source of security” for Poland, also lashing out at Macron’s idea of a rapprochement with Russia.

He made it plain that Warsaw is “very much in favour of co-operating with a peaceful and democratic Russia”, adding that “Russia is not peaceful and is quite aggressive all around them”.

“President Macron is in a different position because he does not feel the hot breath of the Russian bear on his neck. I think the solidarity of the EU should be so important for all EU leaders that we should not [overlook] the reservations of other EU partners vis-à-vis Russia,” Morawiecki concluded.

His comments came in the wake of Macron’s interview with The Economist earlier this month, during which the French President specifically said that “what we are currently experiencing is the brain death of NATO” and that “you have no coordination whatsoever of strategic decision-making between the United States and its NATO allies”.

In the interview, Macron also called for improving relations with Moscow, which has repeatedly expressed concern over NATO’s eastward expansion.

“We need to reopen a strategic dialogue, without being naive and which will take time, with Russia,” Macron underscored, adding that “if we want to build peace in Europe, to rebuild European strategic autonomy, we need to reconsider our position with” Moscow.

He also said that NATO failed to rethink its future in the early 1990s after the collapse of the Soviet Union, and that “the unarticulated assumption is that the enemy is still Russia”.

Russia has repeatedly expressed its concerns regarding an increased NATO military presence in Europe, including the alliance’s eastward expansion. The Kremlin has underscored that Russia poses no threat to other nations, but will not ignore actions which endanger its interests.

According to Moscow, the alliance continues to allege that Russia poses a threat in order to expand its military clout along Russia's borders.