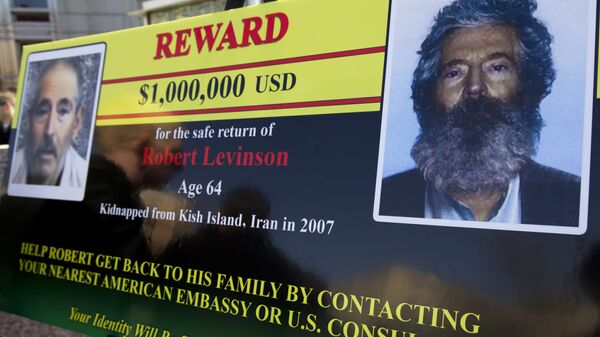 Ilya Tsukanov
All materialsWrite to the author
Earlier, Iran acknowledged to the UN that it had an open case related to the March 2007 disappearance of an ex-FBI agent believed to be working for the CIA on Iran’s Kish Island, raising hope from the man’s family that he may still be alive.

The open Revolutionary Court case into former FBI agent Robert Levinson is a “missing person” file, and not an indication that he was being prosecuted, Iranian Foreign Ministry spokesman Abbas Mousavi told journalists on Sunday, AP has reported.

“Levinson has a judicial case in our country as he is missing…This is based on humanitarian issues,” Mousavi said, clarifying that the US national “has no judicial or criminal case in any Islamic Republic of Iran court whatsoever.”

“It is normal that a case is opened, as it is for any missing people anywhere in Iran,” the spokesman added.

Levinson, a former FBI agent working as a private consultant for the CIA, disappeared on Iran’s Kish Island in March 9, 2007, with photos and videos of him in prison garb emerging online in 2010 and 2011, although it remains unclear exactly when and where they were taken.

In 2016, the Obama administration concluded that Levinson had died in captivity after being captured by Iranian authorities. However, the Trump administration has challenged these conclusions, and recently repeated calls for Tehran to locate and release Levinson and allow him to return to the United States to his family. Last week, the State Department upped its reward for information leading to Levinson’s return from $5 million to $25 million, reiterating its demand that Iran “release all missing and wrongfully detained Americans,” including Levinson and others. 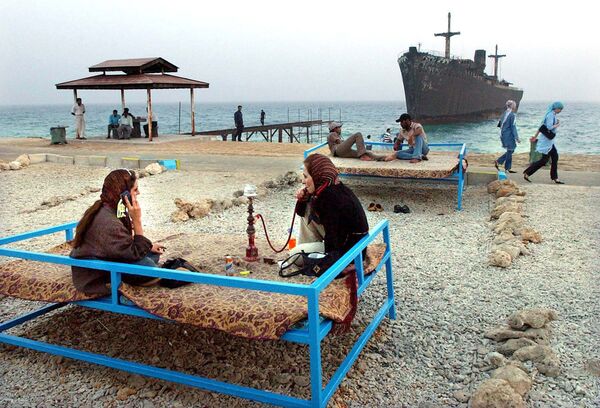 Iranians relax in the Kish island in the Persian Gulf, Iran, in this undated photo.
© AP Photo / HASAN SARBAKHSHIAN

On Saturday, Iran acknowledged for the first time to the UN’s working group on enforced or involuntary disappearances that it had an “ongoing case” on Levinson, but did not provide any more information.

For several years after his disappearance, the US government claimed that Levinson was working for a private firm with no connection to US intelligence. However, in late 2013, US media revealed that the former FBI agent had been working as a consultant for the CIA. In the public outrage that followed the release of this information, his family received a $2.5 million payment to stop a lawsuit investigating his activities, and fired three veteran agency analysts. His family filed a lawsuit against Iran in relation to his disappearance in 2017.

President Trump has repeatedly vowed to free Levinson and other Americans serving sentences in Iran.

Earlier this year, Iranian Foreign Minister Mohammad Javad Zarif stated Iran would be willing to discuss prisoner swaps, but only if the US proved the ‘seriousness’ of its intentions. He added that Iran could not be bullied into concessions, saying “Iranians are allergic to pressure.”