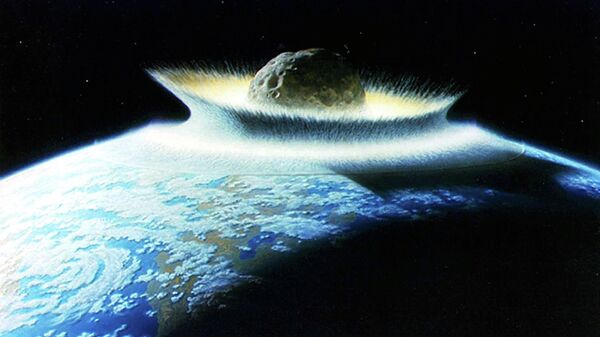 The object, which was discovered in 2006, intersects Earth’s orbit twice a year and is described as “potentially hazardous” due to its proximity to our planet during its fly-bys.

A fast-approaching mammoth asteroid is set to skim past Earth in less than two weeks, NASA has warned.

The 2006 SF6 is expected to come closest to Earth on Wednesday, 20 November, whisking within 0.029 astronomical units above our heads, or 4.35 million kilometres. It will fly by at a startling speed of 27,000 km/h, or around 22 times the speed of sound.

This asteroid, discovered in 2006, passes by twice a year and is designated as “potentially hazardous”. It belongs to the group of Aten asteroids, whose orbit occasionally cross that of our planet.

Its projected trajectory shows there is hardly any chance of a collision within the next two centuries – which is quite good, given that such a huge rock could destroy a metropolis during one of its otherwise mundane visits.

Any asteroid or comet that orbits within 50 million kilometres of Earth – like 2006 SF6 – is described as a near-Earth object (NEO).

According to NASA planetary defence officer Lindley Johnson, NEOs “have the potential to be the most devastating natural disaster known to man.”

Of more than 600,000 asteroids barrelling through our Solar System, scientists have catalogued around 20,000 as NEOs. The European Space Agency has put more than 800 of those NEOs on its ‘risk list,’ meaning that astronomers should keep an eye on them.

NASA reported last week that an asteroid the size of Burj Khailfa (the world’s tallest building) will fly past our planet the day after Christmas.

And in September, the agency admitted that it had identified a car-size asteroid mere hours before it hit the atmosphere and burned up there.