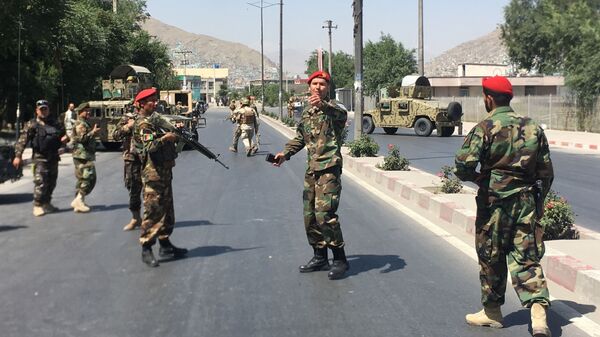 MOSCOW (Sputnik) - The Afghan Air Force launched an airstrike on militants and eliminated a senior commander of the Taliban radical movement who had killed several judges in the Logar province, Afghan broadcaster 1TV reported, citing a statement from the Defence Ministry.

According to the Defence Ministry, the Taliban commander eliminated in the airstrike was Waisuddin, one of the radical movement's key commanders.

On Thursday, the Tolo News broadcaster reported, citing the police, that four judges from the province of Paktia were killed in a Taliban attack in the province of Logar in eastern Afghanistan. According to the broadcaster, officials were heading from Paktia to Kabul. On their way back, armed men attacked their car. At the same time 1TV reported that three judges were killed.

Afghan government forces launched an air strike in Mohammad Agha District, in the same area where the militants had previously killed the judges. In addition, three more militants were eliminated during the airstrike.

The situation in Afghanistan has been tense for decades amid the insurgency of the radical Taliban movement and the Daesh* terrorist group (banned in Russia).

Even though the United States and the Taliban started negotiating foreign troop withdrawal last year, the peace talks broke down this September, prompting more bloodshed.