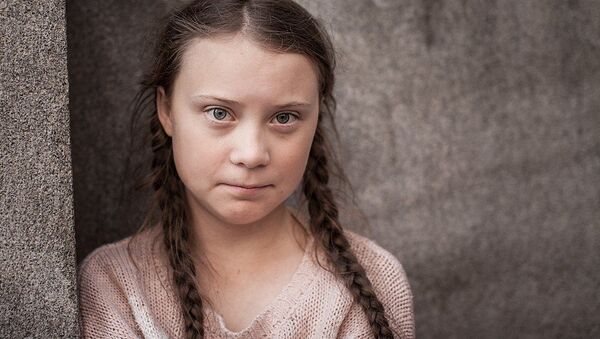 Greta Thurnberg, who earlier this year became the face of a movement protesting government inaction on the climate crisis, has already been immortalised in street art, as UK-based aerosol artist Jody Thomas painted a 50 ft portrait of the teen activist on the face of the historic Tobacco Factory in Bristol.

The US city of San Francisco will soon have a giant likeness of Swedish climate activist Greta Thunberg overlooking its downtown, as Argentine muralist Andres Iglesias, who signs his art with the pseudonym Cobre, is expected to complete the mural project in the central Union Square neighbourhood by next week, SFGate reported.

Cobre had earlier painted a likeness of the late comedian Robin Williams that has since been demolished.

“This girl Greta is awesome and she knows what she’s doing. I hope with this mural people will realise we have to take care of the world.”

The non-profit environmental group One Atmosphere, which is supplying all the paint for the project, reportedly reached out to Cobre after developers had broken ground on a long-awaited rental building at 1028 Market street, signifying that the Robin Williams mural would soon disappear.

Cobre, coincidentally, was searching for a building for his next project.

The leftist geniuses in San Francisco have decided to send a message about climate change by creating a 6 story mural of Greta Thunberg using 700 gallons of aerosol spray paint. 🤣 https://t.co/LdJj2i3j99

Earlier this year, the UK-based aerosol artist Jody Thomas painted a 50-foot portrait of the teenager, who became the face of a vast, coordinated strike to protest against government inaction on the climate crisis, on the face of the historic Tobacco Factory in Bristol.

Finally made it to Bedminster to see Jody Thomas' spectacular @GretaThunberg mural. pic.twitter.com/YIGMpvh5bX

​Fans of the activist took to social media applauding the project and everything the teen stands for:

This is awesome! She deserves it!

Rightfully so! @GretaThunberg murals should be in every major city with the caption #itoldyouso

​Other Twitter users were not as enthusiastic, and took issue with the sue of paints for the mural:

Bet they are using petroleum based paint

The pic is hideous but hopefully they used environmentally friendly paint and painting devices.

​Many netizens found the project ‘creepy’ and hardly something that would foster positive sentiment:

Don't be activist Greta Do plant trees and use nature friendly things. Becoming a Activist , you may become popular, being use strong words , you may become an icon. But There is no fruitfulness to earth . Do something than talking something.

Can't wait to see the vandalism that this will generate.

Imagine that your apartment is right in front of this marvellous work of beaux-art. Everyday you open your bedroom window and BAAAAM there’s Grata looking at you. Judging you. She knows what you did, yeah she does. And you’ll just stare at her for hours.

​In September, climate activist Greta Thurnberg's demonstrations spanned an estimated 185 countries in one of the largest environmental protests in history.

“You have stolen my dreams and my childhood with your empty words. And yet I’m one of the lucky ones. People are suffering. People are dying. Entire ecosystems are collapsing. We are in the beginning of a mass extinction, and all you can talk about is money and fairy tales of eternal economic growth. How dare you!” Thunberg said, addressing the United Nations Climate Action Summit.

“My message is that we’ll be watching you,” said the teen activist, whose mural will now keep watch over San Francisco, acknowledged as a city embracing environmental mindfulness.

According to a Siemens Corp study, the city is the greenest in North America, and has been a leader in waste management, implemented legislation to encourage urban farming and espousing energy-awareness programmes.