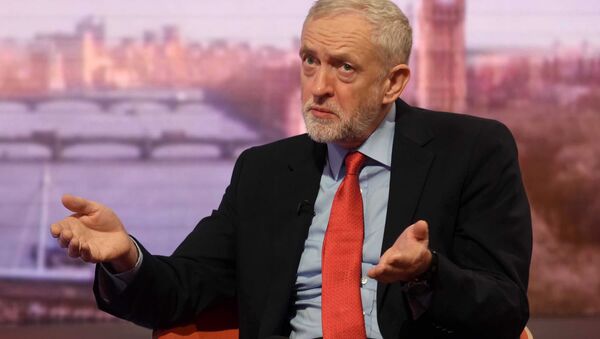 The Labour Party has been in hot water for many years due to accusations of anti-Semitism against the party and its leader Jeremy Corbyn. Most recently, a party councillor was forced to withdraw his candidacy for the general election after being accused of making an anti-Semitic statement.

The UK Labour Party is suffering a major loss of support in virtually all regions of Great Britain, according to the recent poll conducted by YouGov.

The pollster compared the data obtained from 11,500 respondents with data from 2017.

The interviewees were asked who they would support should an election take place tomorrow.

The survey revealed that the party has lost ground even in regions where it traditionally enjoys a lot of support.

According to the poll, the region that has seen the biggest decrease of the support for Labour is the North West where the number of likely voters has figure by 25 points compared to two years before.

The poll also showed that the voters' backing dropped by 20 points in Yorkshire and Humber, Wales and the West Midlands.

In London, where the population was in favour of the 'remain' option in terms of Brexit, Labour experienced a 16-point loss of public support.

The poll results comes amid a series of woes in the Labour party related to accusations of antisemitism.

Most recently, The Jewish Chronicle called on the electorate not to vote for the Labour Party in the upcoming general election, despite Corbyn's previous reassurances that the Jewish population had nothing to fear should Labour prevail.