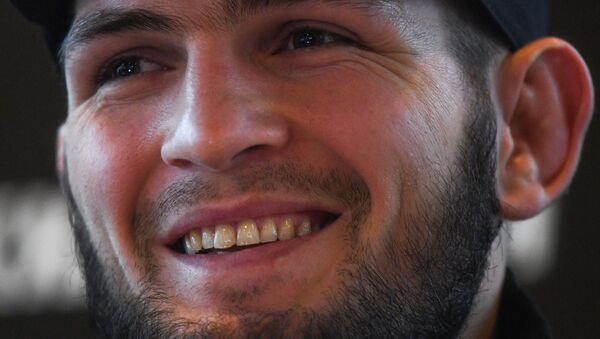 Nurmagomedov is holding a press conference ahead of UFC Fight Night 163, which will be held in Moscow tomorrow. UFC fighter Islam Makhachev is also answering questions at the presser. Russian fighter Zabit Magomedsharipov will take on American mixed martial artist Calvin Kattar at UFC Fight Night 163 that is set to take place at the CSKA Arena in Moscow on 9 November.

UFC fighter Khabib Nurmagomedov claimed his 28th victory in a row in the UAE city of Abu Dhabi with the help of a rear-naked choke against Poirier in the third round.