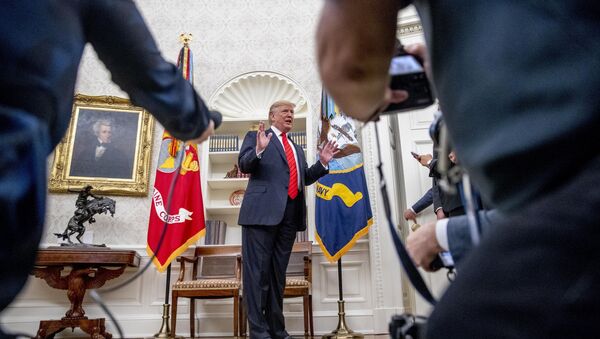 WASHINGTON (Sputnik) - Democrats in the US House of Representatives have considered drafting at least three articles of impeachment against US President Donald Trump, media reported.

House Democrats have not made a decision yet, ABC News reported citing multiple sources familiar with the matter.

Democrats have considered charging Trump with abuse of power related to the Ukraine scandal, obstruction of Congress regarding the Trump administration's defiance of subpoenas and obstruction of justice in former Special Counsel Robert Mueller's Trump-Russia collusion investigation.

According to the media report, In the last two modern impeachment proceedings against Presidents Richard Nixon and Bill Clinton, the House Judiciary Committee sent three and four articles of impeachment, respectively, to the full chamber for consideration, including articles charging abuse of power, obstruction of justice, and contempt of Congress for defying congressional subpoenas.

In September, House Democrats launched an impeachment inquiry into a whistleblower complaint that claimed Trump may have abused the power of office during a 25 July phone with Ukrainian President Volodymyr Zelensky.

On Wednesday, US House Intelligence Committee Chairman Adam Schiff announced that the Committee will hold its first public hearings in the impeachment inquiry next week.