Election: In Southampton Itchen a Few Student Votes Could Be Difference Between Winning and Losing 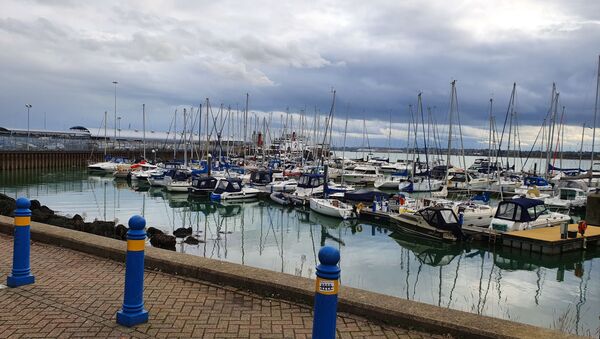 Chris Summers
All materialsWrite to the author
Britain faces a General Election on 12 December and around the country there will be battles to become the MP in the 650 consituencies. But the margin of victory is  wafer thin in Southampton Itchen, as Sputnik found out.

Polling day is only five weeks away but there is no sign of election fever yet in Southampton Itchen, a constituency on the south coast of England where the Conservative MP Royston Smith won last time by a margin of just 31 votes.

There are no election posters or boards up in Southampton city centre or anywhere in the eastern suburbs of Bitterne, Sholing, Woolston and Peartree which make up the constituency, named after the river Itchen which it traverses. 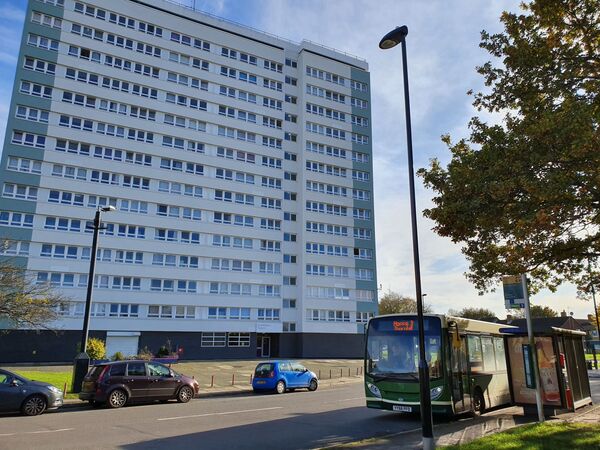 A bus on the Thornhill estate in Southampton
© Sputnik / Chris Summers

Nor are there any clues about who to vote for on the Harefield or Thornhill estates, out on the north-eastern extremity of the constituency.

But some people have already made their minds up.

Jo Newman and her mother Shirley had just visited an NHS dentist on the Thornhill estate when they spoke to a Sputnik reporter on Wednesday, 6 November. 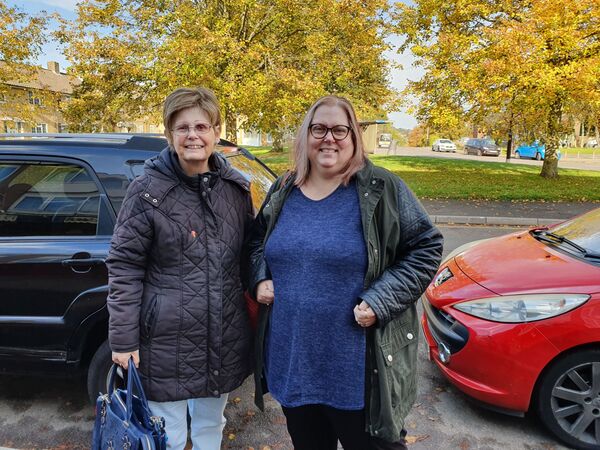 Shirley said: “I’m voting Labour because one of the Labour councillors helped me with a problem. All Boris cares about is Brexit. I voted Leave in the referendum but I regret it now. It's going to cost people more and it’s going to mean jobs being lost.”

Jo, who voted Remain in 2016, said she too would be voting Labour and said for her the main issues were the state of the NHS and the damage which had been done to the country by austerity.

“All the Sure Start (children’s) centres are closing down and the NHS walk-in centre in Bitterne closed down. Now, if you’re not going to A&E you have to go all the way to Shirley and you could be waiting all day. When you compare how things are now with how they were about 12 years ago. I work for the NHS and things have got so much worse,” said Jo. 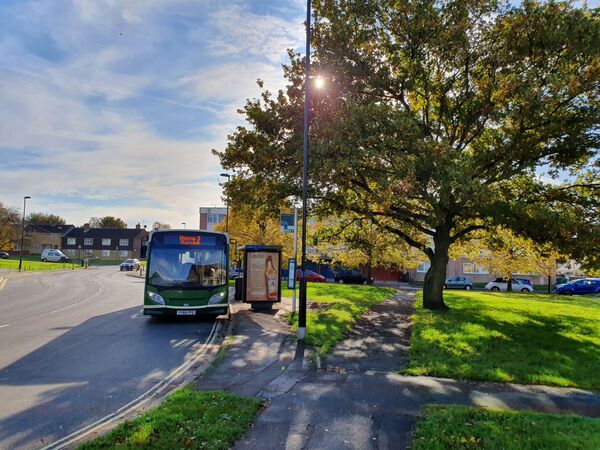 Jo said: “There are hundreds of thousands of people on zero hours contracts who are not included in the unemployed total.”

She said she also found it quite suspicious that Boris Johnson’s government had decided austerity was over just in time for the general election, when they have promised billions of pounds in spending on the NHS, schools and the police.

In 2015 Hampshire Police brought down a drugs gang on the Thornhill estate known as "The Government", who were controlling the supply of hundreds of thousands of pounds worth of heroin and other Class A drugs.

Drugs remains an issue in Thornhill but in nearby Bitterne the election is only about one thing for some people.

Walter Thomas, a pensioner, said: "I just want Brexit done. I usually vote Conservative and I’m going to give Boris Johnson a chance.” 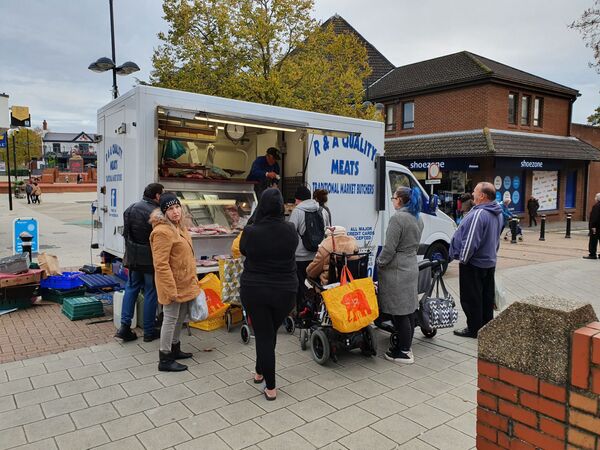 But Mr Thomas, who voted to Leave in the 2016 referendum, said he believed Brexit could have been delivered by now if Theresa May had formed an all-party committee and negotiated a deal with the EU which the Labour Party could have approved, rather than negotiating in secret and then presenting a deal in November 2017 which was rejected three times by Parliament.

Mr Thomas lives only a few yards from Bitterne Conservative Club, where Royston Smith has his constituency office.

Mr Smith, then the leader of the city council, hit the headlines in 2011 when he tackled a rogue submariner armed with a gun on board HMS Astute, which was docked in Southampton on a goodwill visit. 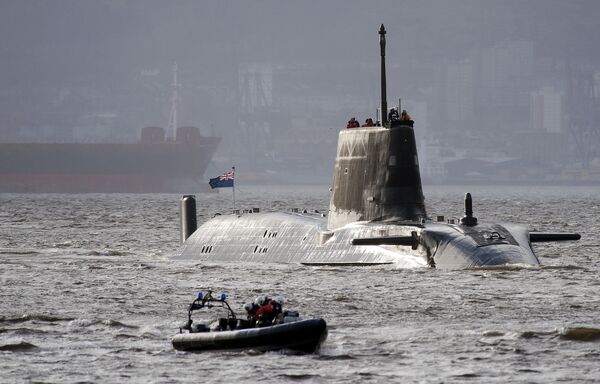 Mr Smith was not available for comment when Sputnik called on him.

But his opponent, Simon Letts, was more than happy to discuss the election and his chances of overcoming his old adversary - they led the Labour and Conservative groups on the city council for many years. 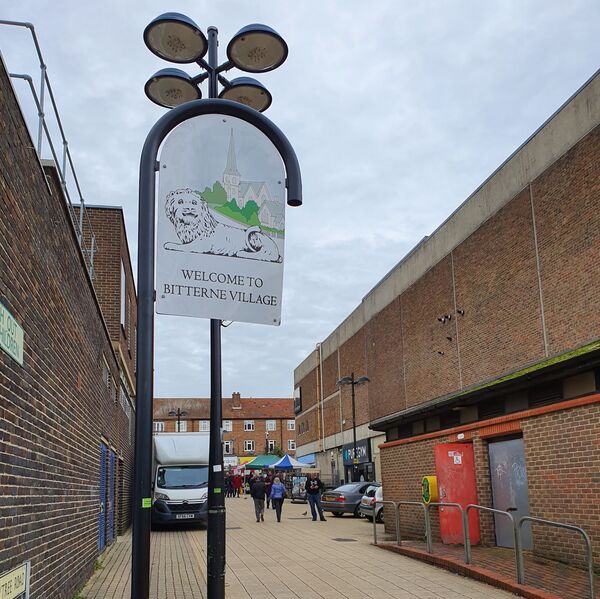 “We had three recounts. What happened was that 100 Tory votes were wrongly put in our pile. It looked like we had one by 170. For 45 minutes, at about 3am, I thought I was going to be an MP. Then they were moved across and I lost by 31,” Mr Letts recalled.

He is not perturbed by the fact that Labour are trailing the Conservatives by between 11 and 16 percent in the opinion polls. 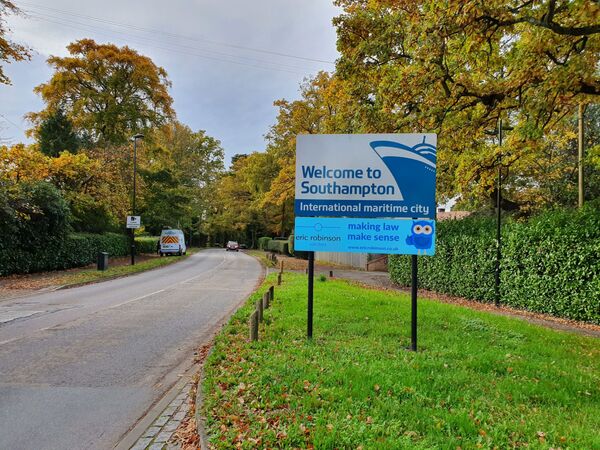 A sign on the outskirts of Southampton
© Sputnik / Chris Summers

“Last time we were 24 points down at the start of the campaign and the Tories were predicting a 9,000 majority here. We are only 11 points down and it’s all to play for,” said Mr Letts.

He said the first thing he needed to do was to persuade “progressive voters” to opt for Labour, rather than the Liberal Democrats or the Greens and he is of course hoping the Brexit Party will take more votes from the Tories than Labour.

I joined 60% of my constituents in voting to leave the EU in the 2016 referendum. I said I would honour the result whatever that was and I have. It isn’t a question of leave or remain, it’s a question of honesty. pic.twitter.com/yKAhe87H0W

Mr Letts is hoping Labour and the Greens can do a deal whereby Labour does not field a candidate on the Isle of Wight, where the Greens are bidding to unseat a Conservative MP, and in return the Greens don’t run in Southampton Itchen but he said such a pact was above his paygrade.

On Thursday, 7 November, the Greens agreed a similar pact with the Liberal Democrats and Plaid Cymru but so far there is no sign of Jeremy Corbyn agreeing to an anti-Tory pact.

You can't trust the Liberal Democrats to run an honest campaign. No substance or direction. I am committed to transforming our economy to benefit our climate and our amazing city. #VoteLabour https://t.co/27hkD3YOrZ

​Mr Letts said housing, policing, bus services and the NHS would be big issues locally, as well as Brexit.

But he said he was also passionate about tackling climate change and one of his pet projects was a plan to build a tidal barrage across the Itchen estuary, with a light railway across it linking the city with its eastern suburbs and perhaps neighbouring Portsmouth. He said the scheme would cost £750 million.

While I can understand Ian Austin encouraging people not to vote Labour, encouraging them to vote Conservative in #GE2019 is frankly bizarre. As a former Labour voter myself the natural political home for me was the @LibDems. I joined last August and haven’t looked back once.

​Southampton is a university city with thousands of students but most of them live in the Southampton Test constituency and their votes helped give Labour MP Alan Whitehead a whopping 11,000 majority last time round.

“There is only one ward - Bargate - in Southampton Itchen with significant numbers of students. More student accommodation has been built since 2017 and there are about 500 or 600 more units in Bargate,” said Mr Letts, who is clearly hoping they could be the key to winning next month’s election.

A fun session today, thanks to everyone who came. Can confirm no injury was caused to @LabourLetts during the taking of this photo!! Don’t forget tonight in Peartree. #labourdoorstep #VoteLabour2019 #GE2019 pic.twitter.com/6cfd2d5xNY

​But will they register to vote locally?

Mr Letts said: “The university breaks up in December and it’s possible some may go home. But we are pushing them to register here and sign up for a postal vote. Wherever they live, even if it is a marginal, it cannot be more important than here. We are the most marginal seat in the country.”

If you are one of the 17.4 million who voted to LEAVE please keep the faith and keep fighting for our democracy! The @brexitparty_uk will represent YOU! @brexitalex #GeneralElection2019

​Oliver Tilt, 22, finished university in Southampton last year but rather than going back to his native Worcestershire he has stayed on in the city because he is the lead singer with local band Jetski Babylon.

He said: “I’m a bit of a mixture. Some of my family is Labour and some are Conservative. I used to vote Labour but I don’t know who to vote for now. You can’t trust politicians now. I try to steer clear of politics.”

Oliver said he believed Corbyn was a “genuine guy” and was more in tune with people than the Conservatives who were mainly upper class.

He said it was “embarrassing” when Jacob Rees-Mogg laid down in the House of Commons chamber during a Brexit debate and he said he found his comments about Grenfell Tower this week to be in very bad taste.

But Oliver is not registered to vote, because he is currently sleeping on a friend’s couch. 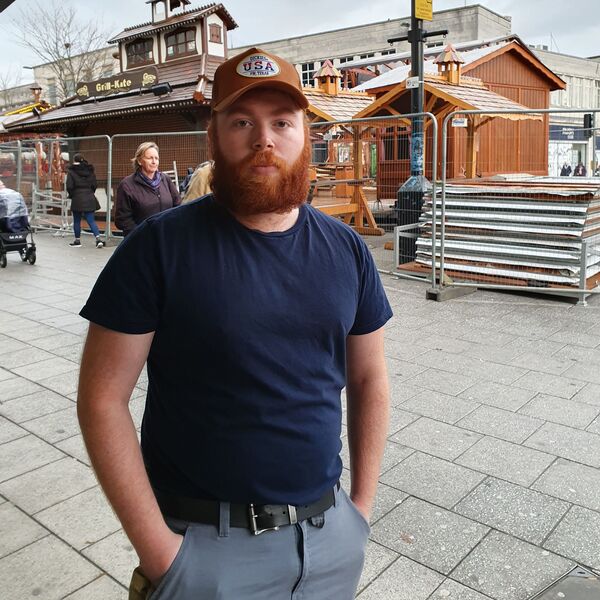 Outside Primark in the city centre, shop worker Jason Peck was taking a cigarette break on Wednesday afternoon.

He said: “Traditionally I’m a Labour voter but I don’t like Jeremy Corbyn and I’m going to vote for Boris. I want to leave the EU. Jeremy Corbyn hasn’t been clear on it. I liked Tony Blair and as long as Jeremy Corbyn is Labour’s leader I won’t vote for them.”

Fortunately for the Labour Party, Mr Peck lives in Swaythling, which is just outside Southampton Itchen in a seat where the Tories have a huge majority.