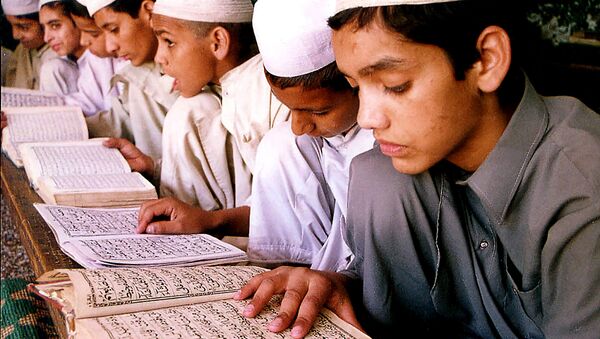 Norway's Child Welfare Service has previously received a lot of international criticism for its habit of taking away children in a manner often seen as random and erratic and even likened to kidnapping.

The Norwegian Islamic Council (IRN), an umbrella organisation for 33 Muslim groups with a total of 65,000 members, has proposed establishing separate Muslim child welfare services in order to better preserve their culture, language, and religion.

“We know that the Child Welfare Service has great confidence problems in immigration environments, partly because of the child welfare service's lack of knowledge about them. Establishing Muslim child welfare institutions could make parents feel more confident that their children are being educated in accordance with the values they themselves stand for”, IRN leader Abdirahman Diriye told the news outlet Vårt Land.

The Ministry of Children and Family is currently processing a proposal for a new Child Welfare Act, which obliges the child welfare system to take into account the child's “cultural, linguistic, and religious background”. The Islamic Council believes that this stance doesn't offer sufficient protection, especially when children are placed in foster families.

“Today we feel that the background of minority children is not taken into account. We have seen examples of institutionalised children who cannot speak a single word in their native language when they grow up. Thus, they feel alienated from their biological family. We have also experienced that Muslim children being served pork as part of the everyday meal for a long time”, Diriye said.

However, this proposal failed to strike a pleasant note with either politicians or fellow Muslim organisations.

Liberal MP Abid Raja, former vice president of the Norwegian parliament and the first Norwegian with a minority background to be nominated at the top of the ballot list in elections, is firmly against.

“In Norway, we cannot have one child welfare service for Christian children, another one for Jewish ones, and one more for the Muslim”, Raja told national broadcaster NRK, stressing that public services cannot be divided by ethnicity or religious origin.

Nor did the proposal suit the Muslim Dialogue Network, whose founder Arshad Jamil warned of further segregation.

“This proposal will enforce the stereotype against Muslims and promote segregation”, he said, calling to work together to solve challenges.

Some went so far as to accuse the council of attempting to spread Islamism.

“This is Islamism in practice, where Islam with sharia are placed above Norwegian law”, Dana Manouchehri, Secretary General of NGO Equality, Integration, Diversity (LIM) wrote in an opinion piece in Nettavisen.

Manouchehri accused the Islamic Council of working systematically to “create an us and them society” and stressed that religion has no place in either public services or secular society.

Children and Family Minister Kjell Ingolf Ropstad of the Christian Democratic Party said that the proposal to create separate Muslim institutions was “irrelevant”.

The Norwegian Child Welfare Service (Barnevernet, literally “Child protection”) is a government body meant to protect children from abuse and ensure their well-being. Roughly 3 percent of all children in Norway receive some form of assistance, which in worst cases includes being placed in a foster family or institution following a care order.

According to its own data, Barnevernet disproportionally targets immigrant children (4.9 percent compared to 2.2 percent of ethnic Norwegian children).

On the international arena, it has spurred widespread criticism, from among others, Poland, Romania, India, and Russia, to name a few, for taking away children in a manner perceived as arbitrary and slammed as kidnapping.

The percentage of Muslims has grown exponentially over the past few decades and is now estimated to constitute 5.7 percent of the country's population of 5.2 million, surpassing 10 percent and higher in some municipalities.