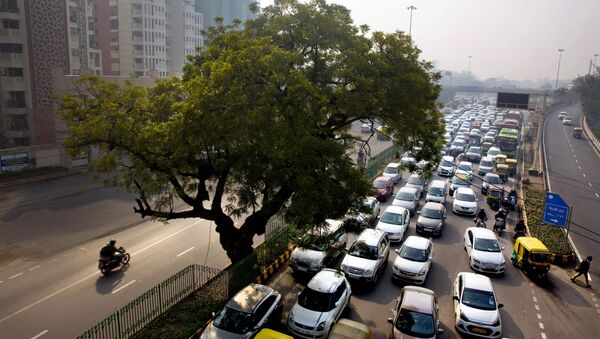 New Delhi (Sputnik): With the deadline of 120 days after publication of the final National Register for Citizens (NRC) in the northeastern Indian state of Assam fast approaching, the state government is allegedly setting up several detention centres for “illegal immigrants”.

The final list of the apex court monitored NRC was published on 31 August and almost 1.9 million people were found to be without valid citizenship documents. They were given 120 days time to appeal before almost a 100 Foreigners Tribunals set up across Assam.

A team of leaders of India’s main opposition Congress Party visited some of these centres in the Silchar district of the state to take stock of the situation. Senior Congress leader and former federal minister Dr Jairam Ramesh said he found 48 detainees in camps, who are Indian citizens without "proper" citizenship documents.

48 genuine Indian citizens not having 'proper' papers.17 from Bangladesh who strayed in and want to go back but are not bring accepted, and 6 from Myanmar who don't want to go back.

​The state government is constructing several such camps across the state and named six district jails as "temporary detention centres" for declared “foreign nationals”.

India’s ruling nationalist Bharatiya Janata Party (BJP) has made it clear that all “illegal migrants” in the country will be identified. BJP’s Working President Jagat Prakash Nadda had said, the country is not a destination for illegal immigrants.

Assam faced large-scale public protests from 1979 to 1985 over illegal migrants, mostly from Bangladesh.

The process of weeding out "illegal migrants" has been on the BJP’s agenda. After the contentious exercise in Assam, several BJP-ruled states have also carried out similar procedures, but have not made any official announcements so far.

The process of identifying “illegal immigrants” has taken on a communal overtone in India with the BJP’s stated position that all Hindus, Sikhs, Christians, and Buddhists who have come to the country would get Indian citizenship and rights. India’s federal Home Minister Amit Shah made it clear in early October that “we will not let any intruder in India, we will throw them out. No country can take the burden of these many outsiders. This is for the security of the country".