Being Russian is a Crime 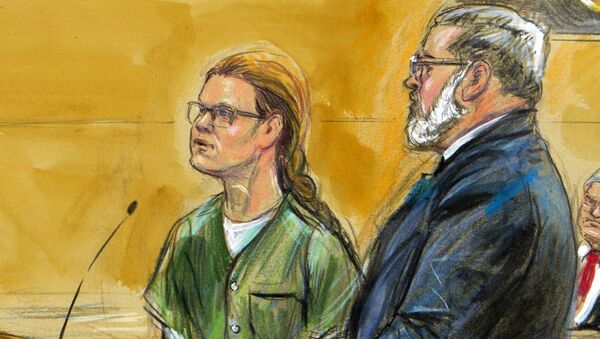 Finian Cunningham
All materials
As the old saying goes, when a person thinks constantly like a hammer, then everything looks like a nail – to be bashed. That mindset fits the condition of Russophobia that is so evident in US.

According to that view, everything Russia does is unquestionably sinister and malicious. And supposedly so deceptive is this malign Russian activity that it’s “hard to prove”. Anyway, who needs proof? Suspicion is all you need.

The case of Maria Butina is the tragic example of where such Russophobia leads to. An individual is mistreated woefully, American legal standards are trashed, and bilateral relations between the US and Russia take another downward spiral of tension.

Butina, who turns 31-years old this month, was released from a US prison nearly two weeks ago after serving over 15 months locked up, including for some 100 days in solitary confinement. On her release from custody in a Florida jail, she was deported back to Russia.

In this interview aired recently on the American CBS channel, it is clear that Butina had little chance to fairly make a defense. It was media hatchet job. From the outset of her arrest in the US on 15 July 2018, the Russian graduate from an American university was smeared in the media as a “Kremlin spy”.

Significantly, she was not convicted for spying. No doubt because there was a lack of evidence to support that charge. However, Butina pled guilty to conspiracy to act as an unregistered foreign agent in the US. Her guilty plea was obtained under conditions of extreme duress in which she was threatened with a much longer jail sentence of up to five years.

Under debased American legal standards, she was presumed guilty from the outset. 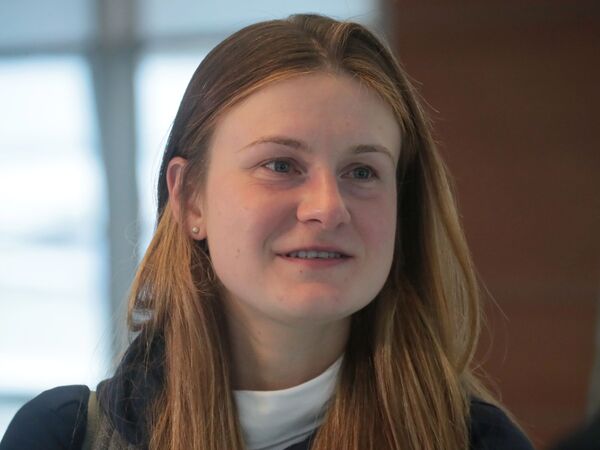 Yet, what was her crime? She was not found to possess any sensitive or classified information.

During her few years of sojourning in the US as a student and lobbyist for a Russian version of America’s National Rifle Association (NRA), it was Butina’s business to connect and socialize with all sorts of NRA figures and politicians. The aim, apparently, was to forge links with gun rights campaigners in the US in order to promote similar firearm activities in Russia.

Admittedly, Butina benefited from association with a Russian politician, Alexander Torshin, who also had extensive links with NRA figures, including its former president, David Keene.

The CBS interview cited above deploys a lot of innuendoes based on social media communications between Torshin and Butina. The pair appear to talk frequently about gaining influence. But there is nothing to suggest that the influence they were seeking went beyond simply forming an association with the NRA and helping to generally improve US-Russia bilateral civic relations.

At one point in the interview, Butina makes a telling remark about her alleged malign contacts with American citizens. “If I were not Russian, that would be called social networking.”

That is the nub of it. It is self-evident that she was a gun-rights activist, from her earliest upbringing of hunting in Siberia, who saw the American NRA as “an honour to learn from”. But simply because Butina is from Russia, she was automatically suspected to be a “Kremlin agent” for the act of communicating with people – a natural, legal thing to do if you are supposed to be a lobbyist. She denies having worked for the Russian government.

Maria Butina fell foul of the toxic climate of rampant Russophobia that has been channelled by US politicians and mainstream media over the past few years as a way to scuttle Donald Trump, first becoming president, then secondly while being the White House.

Everything is viewed through the prism of Russophobia. So it goes: the Russian government is evil, President Putin is evil, Russian media like Sputnik and RT are condemned as “Kremlin influence agencies”.

Russian lawmaker Inga Yumasheva was detained last month at an airport in New York and questioned by FBI officers for nearly an hour even though she was legally traveling to a public forum in the US. No doubt she too was another victim of Russophobia which ultimately operates to deprive all Russians of their rights, humanity and dignity.

US Gov ‘Wanted to Give Impression She Was a Spy’ - Maria Butina’s Lawyer
A final word on the CBS interview with Butina. For only a few seconds, out of the total 14 minutes aired, was she permitted to mention her prison conditions as “torture”. She says she was deprived of bedding, was in solitary confinement for 22-23 hours a day for more than four months, and shared her cell with cockroaches. But the interviewer sought to downplay her complaints, as if she deserved them because, well, she was a “Russian agent”.

It should be shocking how degenerate the US has become; when a young woman who in all appearances seemed to love American culture, was open in her social networking, did not possess secret information – but yet on the basis of lurid speculation and Russophobia was sent to torturous prison conditions.