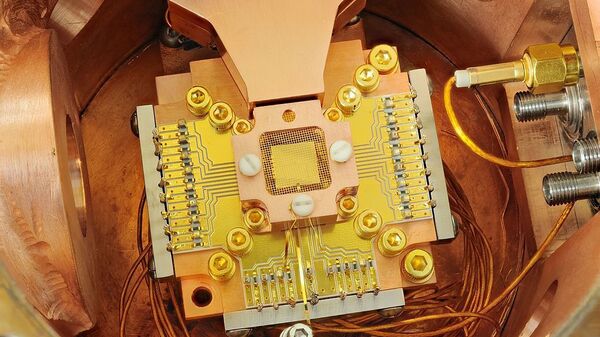 In October, a group of Google-based researchers confirmed early reports that the company had achieved so-called “quantum supremacy” by using a quantum computer to solve a task considered impossible for conventional machines. Now Russia is set to follow Google’s example.

Russia’s nuclear energy corporation Rosatom started developing its version of a quantum computer, amid Google researchers’ recent announcement that the company had already achieved “quantum supremacy”. In an interview with Russia’s Vedomosti news outlet, Rosatom officials Ekaterina Solntseva and Ruslan Yunusov said that the project would run until 2024 in a bid to build four types of quantum computers, ranging from 50 to 100 qubits.

But how much would such an ambitious project cost in the end? Solntseva says that the company is going to spend around $377 million (24 billion roubles) on the programme, but notes that out of this sum, only $209 million will be allocated from Russia’s state budget, with other funds coming from various sources, including Rosatom itself.

Google recently announced that its quantum computer had successfully verified that a pseudo-random number generator produces truly random numbers, something which would have taken 10,000 years for a classic supercomputer. The quantum computer managed to do the task in just 3 minutes and 20 seconds.

Google Finally Confirms Achieving 'Quantum Supremacy'
Quantum computers are considered to be a crucial technology for speeding up calculations in the future, especially in areas such as machine learning and chemistry. But while the US and Europe have 50 to 70-qubit quantum computers, Russian scientists have so far only succeeded in building high-level supercomputers and 2-qubit quantum systems.

However, Rosatom is not the only company set to invest in the development of quantum technologies, as many international tech giants such as Microsoft, Intel, IBM, and even China’s Alibaba, are following Google’s lead.