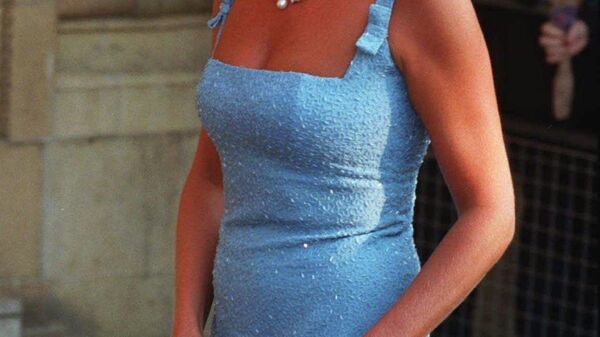 Someone’s demise is not about putting a full stop, but rather posing questions, especially if the death of someone in power takes central stage.

The death of Jeffrey Epstein has set off a whole wave of conspiracy theories, as social media set about chewing over the circumstances around his purported suicide in a Manhattan jail cell.

On top of that, what further fuelled debate was the fact that the billionaire financier, who is known to have rubbed shoulders with big shots from business and politics including Bill Clinton, faced a trial on extremely grave charges – of orchestrating the sex-trafficking of dozens of underage girls.

The most recent story circulating online is a Project Veritas’ revelation that ABC could have unravelled Epstein’s crimes as far back as three years ago because its host had been contacted by one of the accusers, but her bosses declined to post the revelations.

Whatever the case, it is not the first time the death of someone powerful or famous has caused conspiracy theories to snowball, if not in the mass media, then on social networks.

Although she tragically died over 20 years ago, conspiracy theories continue to rage over Prince Charles’ gregarious and flamboyant ex-wife, affectionately called the People’s Princess, who was killed in a fatal car accident in a Paris tunnel when travelling with her lover, Dodi Fayed, the son of British-Egyptian tycoon Mohamed Al-Fayed.

4 November 1981: Princess Diana attends her first State Opening of Parliament as a member of The Royal Family pic.twitter.com/hsc3l3d9rY

The death of Chinese billionaire and visionary tycoon Wang Jian in 2018 in the picture-postcard French town with the suggestive name of Provencal was hardly deemed as anything more than an accident.

Who killed Wang Jian, delivery director HNA? Located in Provence, France. Why are Chinese and French governments trying to cover up murder? pic.twitter.com/fdoOHYwXTa
”

However, it quickly spurned loads of conspiracy theories on Chinese soil, since Wang co-founded HNA Group Co - a conglomerate described in 2017 as the “mysterious Chinese company worrying the world”.

So, VP Wang, if anger and negativity are not the solution, you suggest murder or killing like what you applied to in Wang Jian-dilemma?

You had Wang Jian, your long term frontman in HNA, killed by the corner of this stone wall.

Where is the love? MR. VP pic.twitter.com/BiN7n4Bijn

One of the richest men in China, Wang gave a speech shortly before his death saying HNA was the victim of an anti-Chinese conspiracy by international rivals jealous of Chinese companies and the Chinese government’s successes.

This Welsh scientist and widely recognised authority on biological warfare was employed by the British Ministry of Defence, as well as worked as a weapons inspector with the United Nations Special Commission in Iraq.

(1) July 17. On this date in 2003, David Kelly, a Bahá’í, was found dead from an apparent suicide, two days after appearing before a parliamentary Foreign Affairs Select Committee. An authority on biological warfare employed by the British Ministry...https://t.co/4omotLfkX3 pic.twitter.com/kXFa0V572o

On the day of his death, on 17 July 2003, he pursued his usual daily routine, like meals and a regular walk, before he travelled a mile away from home, ingesting up to 29 tablets of painkillers and co-proxamol and cutting his left wrist with a knife he had possessed for dozens of years. He was found dead early the next morning.

Questioned on a flight to Hong Kong that day, the then-Prime Minister Tony Blair denied that anyone had been authorised to leak Kelly's identity – a claim that invited a bunch of rumours at the time.

The fifth PM of Israel died at the hands of gunman Yigal Amir, a Jewish student, who was detained by a crowd within seconds after the attack.

Today we mark the anniversary of the assassination of Yitzhak Rabin - former IDF Chief of Staff, diplomat and the fifth Prime Minister of the State of Israel.

Rabin didn’t die on the spot, but later on the operating table of Ichilov Hospital. However, some reported inconsistencies in the evidence, in medical records and in inquiry testimony alike, triggered a bunch of rumours – both left-wing and right-leaning conspiracy theories, suggesting the attack hadn’t taken place.

The murder of a Democratic National Committee employee in July 2016 spearheaded a few right-wing conspiracy theories including the claim that Rich had been involved with the leaked DNC emails in 2016.

Since everyone wants to talk about #Whistleblowers, let's talk about Seth Rich. The guy who was murdered by the DNC.

His position at the DNC was Deputy Data Director btw...not "DNC staffer." #HisNameWasSethRich
Murdered for exposing the corruption of the DNC. pic.twitter.com/y9gkvEPHi9

US President Kennedy’s assassination in 1963 was arguably the most notorious, tragic case in history that has since underlain the plot of over 1,000 books, the lion’s share of which supported the view that there was a conspiracy behind the incident.

A whole range of individuals and organisations have been accused of involvement in the Kennedy assassination including the CIA, the KGB, the Mafia, sitting Vice President Lyndon B. Johnson, Cuban Prime Minister Fidel Castro, and even their most unexpected combinations.

The assassination has since been dubbed “the mother of all conspiracies”.