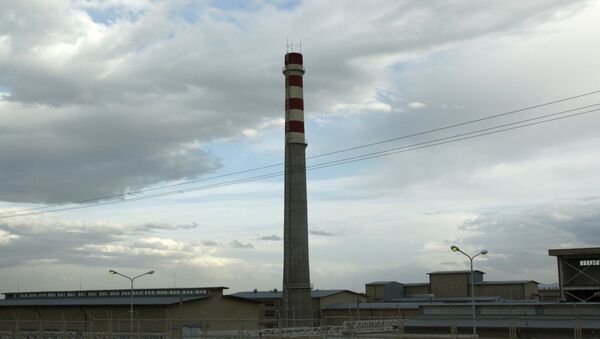 Tim Korso
All materials
On 5 November, Iranian President Hassan Rouhani ordered the Fordow nuclear site to start enriching uranium up to a 5% level from the previous 2% mark, which was in compliance with the Iran nuclear deal negotiated in 2015. The move is Tehran's fourth step in its gradual roll-back on commitments under the accord, caused by American sanctions.

Iranian President Hassan Rouhani confirmed on 6 November that the country has started injecting gas into centrifuges at the Fordow nuclear site, thus starting the promised enrichment efforts to reach the 5% mark.

"Iran's 4th step in reducing its commitments under the JCPOA [Joint Comprehensive Plan of Action; also known as Iran nuclear deal] by injecting gas to 1044 centrifuges begins today. Thanks to US policy and its allies, Fordow will soon be back to full operation", Rouhani tweeted.

The head of the Iranian Atomic Energy Organisation, Ali Akbar Salehi, has clarified that the Fordow plant will reach 4.5% enrichment levels by 9 November. He added that the process will be observed by inspectors from the International Atomic Energy Agency (IAEA).

French President Emmanuel Macron has reacted to the news, calling Tehran's decision to further scale back on its JCPOA commitments "serious". He called for confidence-building measures between the US and Iran in order to restore normal relations between the two.

"I will have discussions in the coming days, including with the Iranians, and we must collectively draw the consequences", Macron said.

Russian Foreign Minister Sergei Lavrov has slammed the EU over trying to shift the blame for the degradation of the JCPOA on Iran under pressure from Washington. He recalled that at present these countries are demanding Iran adhere to the JCPOA without receiving anything in return, since the European mechanism to circumvent American sanctions is still not working. 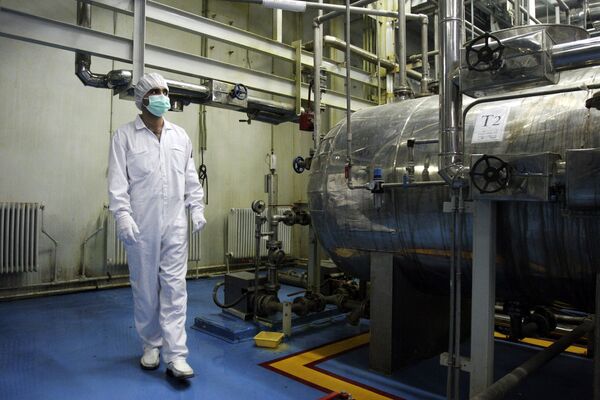 In this Saturday, Feb. 3, 2007 photo, an Iranian technician walks through the Uranium Conversion Facility just outside the city of Isfahan 255 miles (410 kilometers) south of the capital Tehran, Iran
© AP Photo / Vahid Salemi

While the minister admitted that European signatories to the JCPOA are making an effort to find a solution to resolve issues with the Iran nuclear deal, he added that these efforts bear no fruit due to Washington’s complete unwillingness to reciprocate.

The foreign minister further stressed that Iran is continuing to adhere to the non-proliferation treaty and conducting all roll-backs on its JCPOA commitments under the oversight of the IAEA. At the same time, Lavrov said that Moscow is calling on Tehran to adhere to the nuclear deal, although it understands why it has chosen not to.

Degradation of the JCPOA Agreement

Iran first announced its intent to scale back on commitments made under the nuclear deal in May 2019. The country mainly linked the decision to the EU's inability to introduce a workaround to circumvent American sanctions and allow businesses to freely trade with the Islamic Republic. Since then, it has gone through four rounds of gradual roll-backs on these commitments.

The JCPOA began to break down after the US decided to unilaterally withdraw from the agreement in May 2018 with US President Donald Trump calling it "flawed". Washington then imposed tough sanctions against the Iranian banking and oil sectors, promising to lift them once a new, better agreement is reached between the countries. Tehran refused to negotiate under the pressure of sanctions.